When questioned, Peter Ochigbo said he was set up by his friend named Peter Etuma. 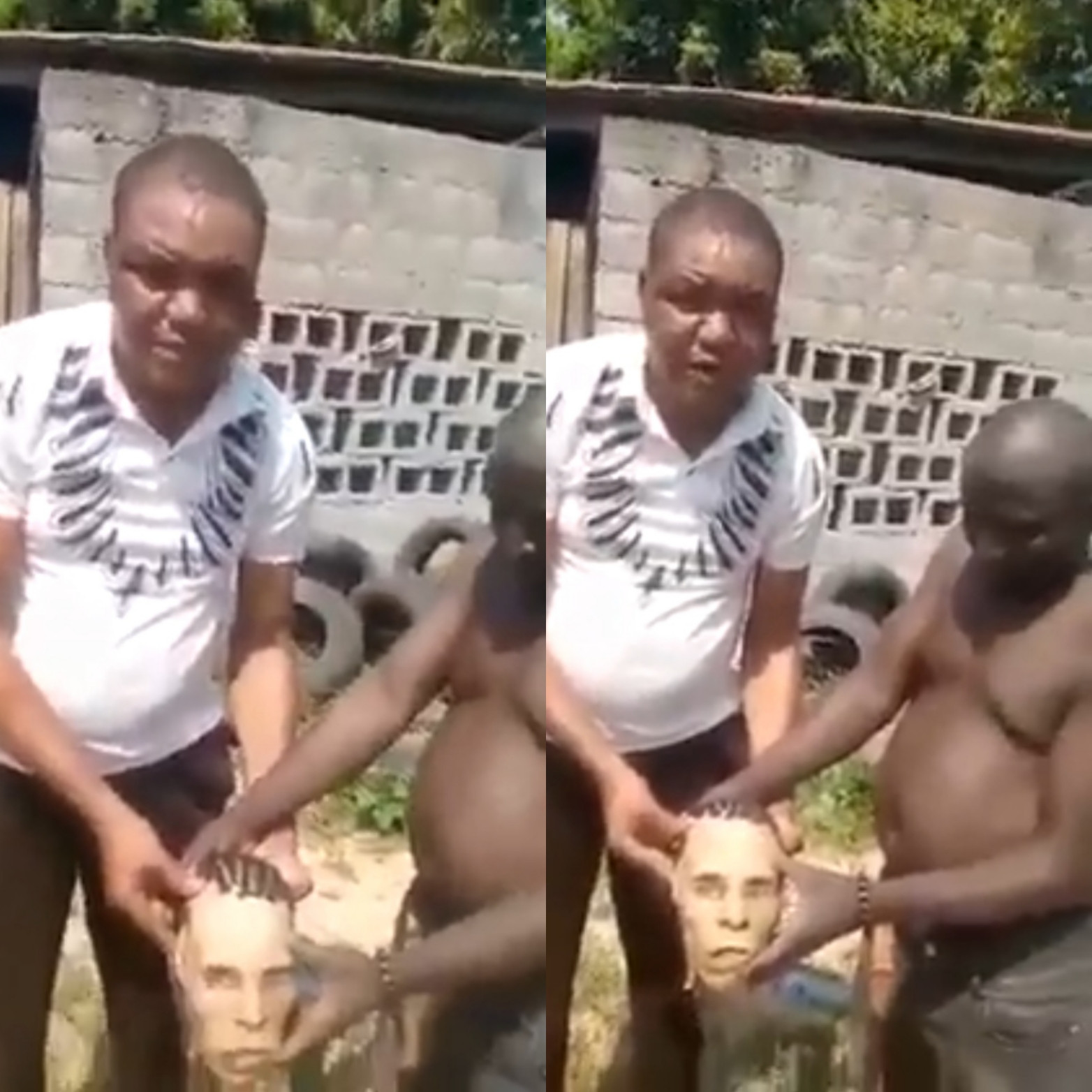 Two married men have confessed after they were arrested with a woman's severed head in Abuja.
One of the men, Peter Ochigbo, 42, from Otukpo in Benue state, married to Rebecca Iche, and Samuel Bachu, 35, a married father-of-five, also from Otukpo in Benue state narrated how he got the head after he was arrested this week by police in Abuja.
When questioned, Peter Ochigbo said he was set up by his friend named Peter Etuma.
Ochigbo claims Etuma was the one who took him to Abuja and also provided the human head.
He said Etuma called him to meet him somewhere and he did, not knowing Etuma had called the police, and when the police arrived they arrested him with the human head.
When asked where the said Etuma got the head from, Ochigbo feigned ignorance.
See a video below.

UPDATE: 2 Men In Desperate Quest For Money And Power Caught With Human Head In ABUJA.

Two Benue men by name, Peter Ochigbo and Samuel Achu of Otukpo LGA of Benue State, were caught with human head in ABUJA by the Police. pic.twitter.com/PW5foAkvkc