One of the retirees, Patrick Lori, who spoke to journalists, said they were being owned since 2015 till date after 35 years of service. 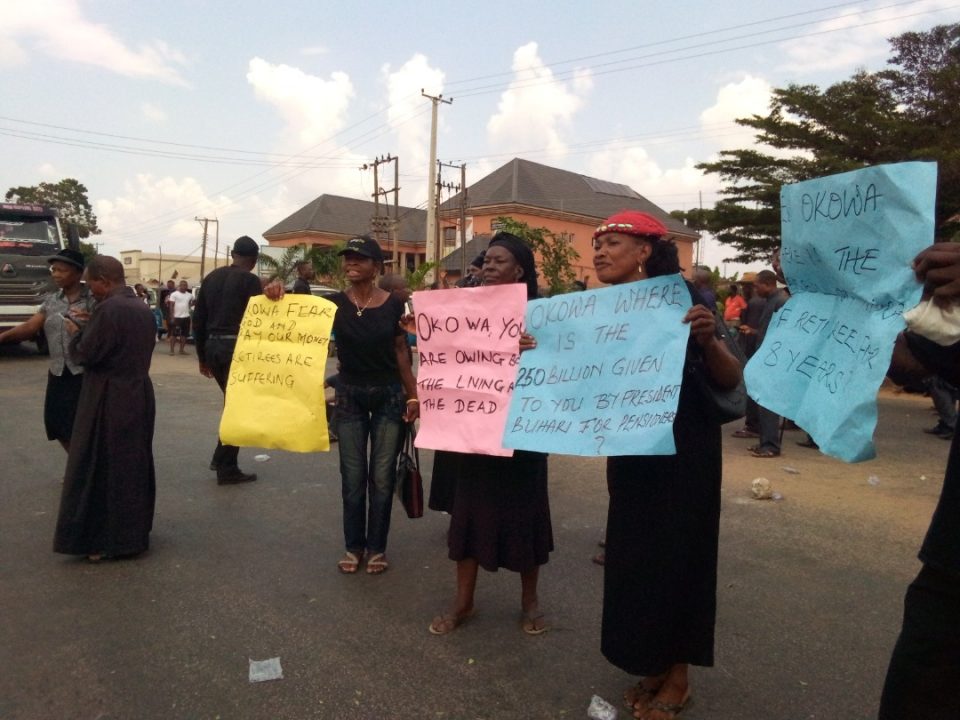 Some retirees from primary schools across 25 local government areas of Delta state have staged a public protest.

The retirees on Monday barricaded the Delta State seat of power over nonpayment of pension.

The retirees who wore black attires carried placards of different inscriptions such as “Wicked Okowa pay us our pensions,’ and ‘Okowa you are owing the leaving and the dead’ among others.

They stopped vehicular movement in and out of the government house. 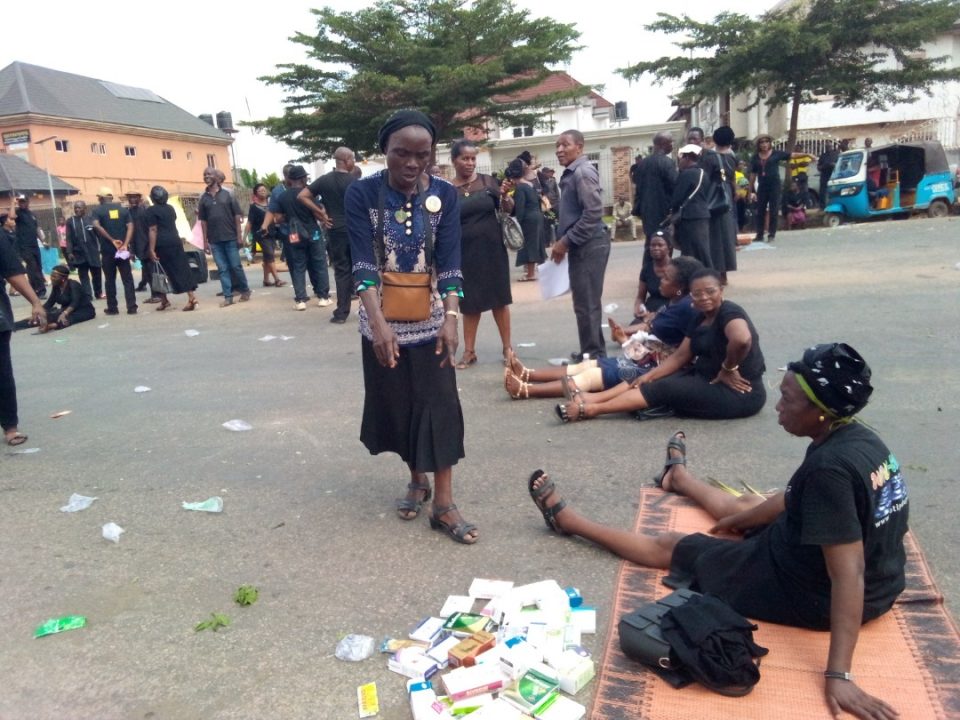 They also blocked the popular Anwai road causing heavy gridlock along the road as many of them sat on the road with mat, shouting “Only Okowa will address us.”

One of the retirees, Patrick Lori, who spoke to our correspondent, said they were being owned since 2015 till date after 35 years of service.

The retirees, as of the time filling this report, rejected representatives of governor to address them and vowed to remain at the Government House entrance until Okowa addressed them.