The 26-year-old who seemed fine in the video could be seen smiling as her sister called on the woman to look at the camera. 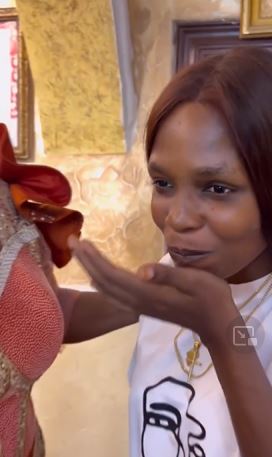 Ex-BBNaija housemate, Aisha Umaru, aka Kaisha, has shared a video on Instagram weeks after it was reported that she went through an alleged mental breakdown.

The blogger claimed the season five ex-housemate was spotted on multiple occasions roaming the streets of her estate, looking unkempt.

Many believed she was forced to take a break from social media and delete all her Instagram posts to focus on her mental health.

However, a quick check on her Instagram account on Sunday revealed that Kaisha is back on the social media platform.

She posted a video of herself and her family on Sunday, showing off a woman who was having a makeover in their sitting room.

The 26-year-old who seemed fine in the video could be seen smiling as her sister called on the woman to look at the camera.