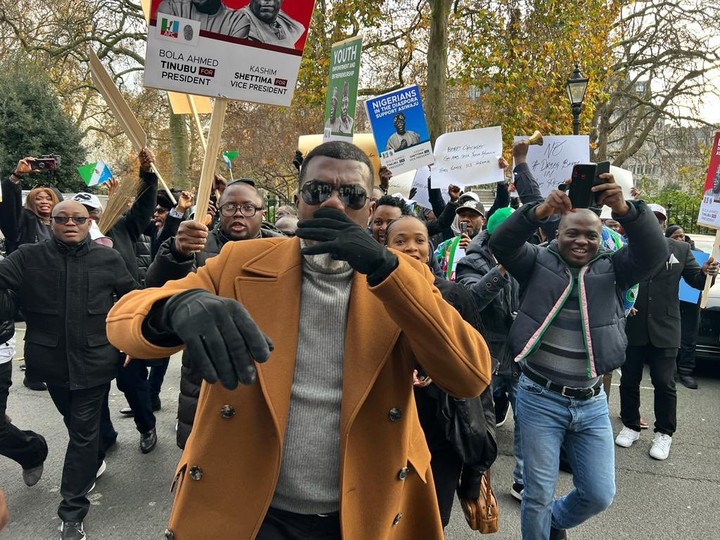 Nigerian politician and supporter of the Peoples Democratic Party, Reno Omokri has clashed with supporters of Bola Tinubu, the presidential candidate of the All Progressives Congress, Bola Tinubu.
However, it didn't go as planned as many supporters of Tinubu nearly chased Omokri out of the venue as seen in photos shared on social media.
Tinubu supporters could be seen at Omokri's back shouting at him as he tried to stage the protest.
Omokri took to his Twitter page and wrote:
The #HarassTinubuOutofLondon Protest Against Drug Lord Tinubu at Chatham House was a resounding success! The British media were there and Tinubu was projected to them for what he is, a KNOWN DRUG LORD! That is what will be remembered of his @ChathamHouse event! 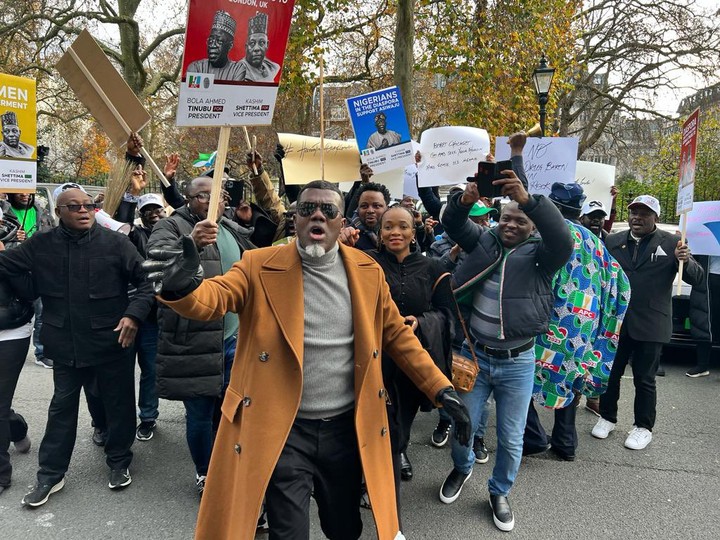