The duo were said to be at loggerhead for a long time before the marriage finally hit the rock over protracted misunderstanding. 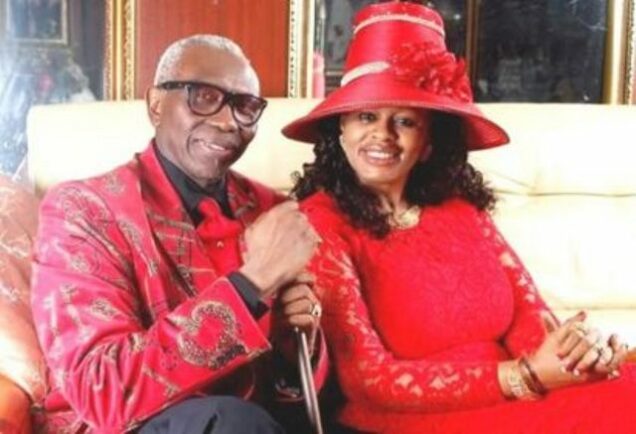 The marriage between a former President of the Christian Association of Nigeria (CAN), Pastor Ayo Oritsejafor and his wife Ufoma Bernard Helen has crashed.
PM News reported that family sources confirmed that the 25-year-old marriage is now over.
The duo were said to be at loggerhead for a long time before the marriage finally hit the rock over protracted misunderstanding.
Unconfirmed sources have alleged that the marriage crashed due to infidelity, among others.
Oritsejfor is about 20 years older than his wife. He married Helen  in 1997, 13 months after his first wife, Stella, died. Together with Stella, they founded Word of Life Bible Church together on November 15, 1987.
It was gathered Helen had in 2020 allegedly accused her husband of wanting her dead.
A top source closed to the family told PM NEWS that Oritsejafor had truly patted way with Helen over protracted disagreement.
The source alleged that apart from infidelity which the pastor has accused the wife of, there are other reasons which led to the break-up.
One of such has to do with the Eagle Flight Micro-finance Bank founded by Oritsejafor in the name of his church, Word of Life Bible Church.
The pastor had said the bank belonged to the church. Helen was the Chairman of Eagle Flight Micro-Finance Bank. It was alleged that Helen changed the bank documents to her personal name. This was said to have angered Oritsejafor, making him to act promptly.
Oritsejafor, a top source said, has also shutdown the African Broadcasting Network (ABN) where Helen used to be the head in order to curb her wings.
Top Stories