The two robbery suspects, Abubakar Jimoh, aka Abu Carrot and Abdulwaheed Murtador Olamilekan who were arrested on 6th December 2022. 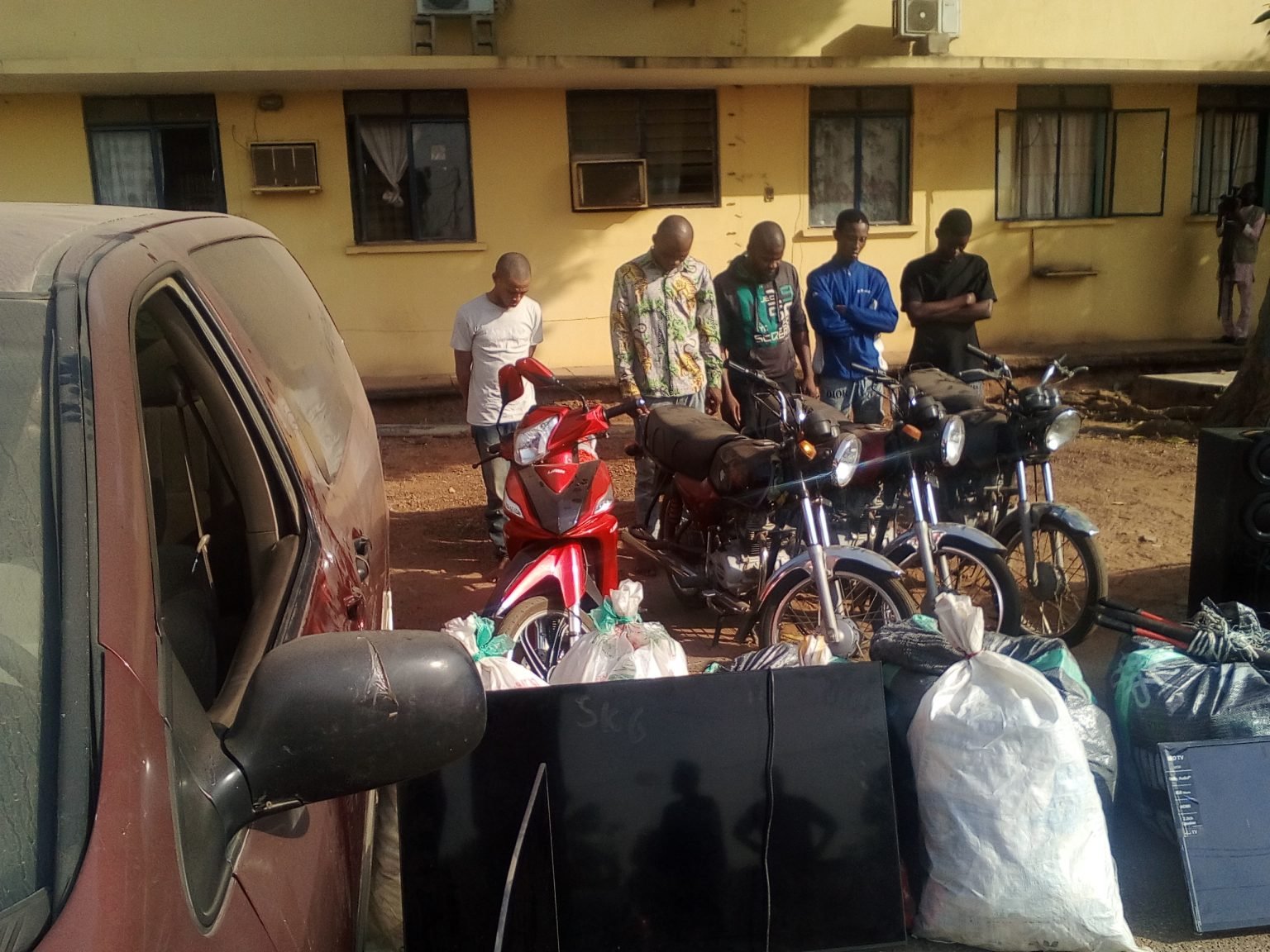 Two robbery suspects and three car thieves, have been arrested by the Kwara State Police Command.

The two robbery suspects, Abubakar Jimoh, aka Abu Carrot and Abdulwaheed Murtador Olamilekan who were arrested on 6th December 2022 at 2 pm on Madi Road, Gaa-Saka axis of the Ilorin metropolis were allegedly found in possession of one locally made pistol.

Briefing newsmen at the Kwara State Police Headquarters in Ilorin on Friday, Commissioner of Police Paul Odama disclosed: “Upon interrogation, the suspects confessed freely that they were on a mission to operate and rob members of a group by name Ifesowapo Social Club at a meeting at Madi Road.

“Investigation, further revealed that Abubakar Jimoh had been on the wanted list of the command having shot and killed a 12-year-old boy and got the late boy’s pregnant mother seriously injured in the Adewole area of Ilorin, the state capital, about two years ago.”

The suspected car thieves were arrested by operatives of the Criminal Investigation Department, CID, following actionable intelligence which led to the arrest of one Adeniyi Olalekan of Ogidi area in Ilorin and Abdulraheem Nasiru, alleged specialists in housebreaking and theft of property of innocent citizens.

The police commissioner said while under interrogation, the suspects allegedly confessed to a series of housebreaking and theft of electronics and vehicles from where they are packed, and motorcycles among other items.

The CP, said the receiver, identified as Friday Ugwu, a resident of Eiyekorin village, near Ilorin, who issued receipts to cover the stolen property, has also been arrested.

He said all the suspects will be charged to court.