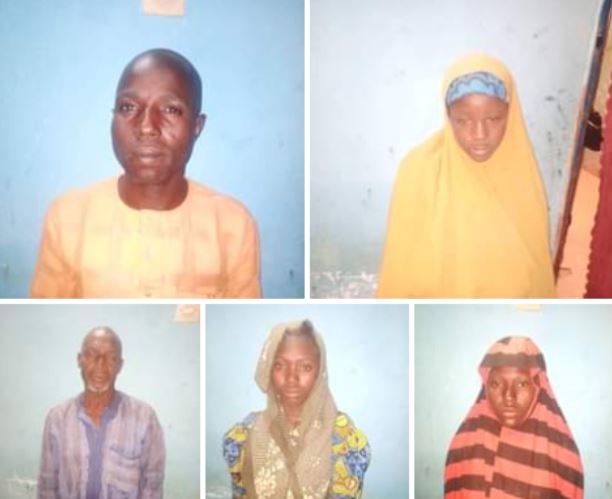 Five abducted victims have been rescued as men of the Katsina State Police Command repelled a bandit attack at Unguwar Rinji in Kurfi Local Government Area of the state.

"On 12/12/2022 at about 0200hrs, a distress call was received that terrorists in their numbers, shooting sporadically with AK 47 rifles, attacked Unguwar Rinji, RUWAYAU village, Kurfi LGA and kidnapped one Alhaji Ali and four others," the statement read.

"DPO Kurfi, led tactical teams and blocked their exist route. Fortunately, the terrorists followed through the expected route. In the spur of the moment, the terrorists were engaged in a fierce gun duel and successfully repelled them

"The team succeeded in rescuing all the kidnap victims. In the course of scanning the scene, it was reasonably believe that many terrorists escaped the scene with gunshots wounds. Efforts is on with a view to arresting the hoodlums

"Similarly, on 08/12/2022 at about 1845hrs, based on credible intelligence, the Command succeeded arresting two suspected terrorists and recovered eight rustled cows and two (2) sheep

"In the course of investigation, suspects confessed to the commission of the offence and stated that on 30/11/2022, they criminally conspired with the following terrorists (now at large) 1. Bala Usman, M, of Gabace village Kankia, (2) Samaila Sule, M, of Salihawa, Matazu, (3) Idi Uba, M, of Kanwa village, Kankia and attacked the house of the victim with dangerous weapons and robbed him of the animals.

"All the rustled animals were recovered while effort is on top gear with a view of arresting the other members of the syndicate. Investigation is ongoing."