The passenger allegedly killed his victim from the backseat of her car in Louisiana, US after she picked him up for his journey on Thursday, Dec. 8. 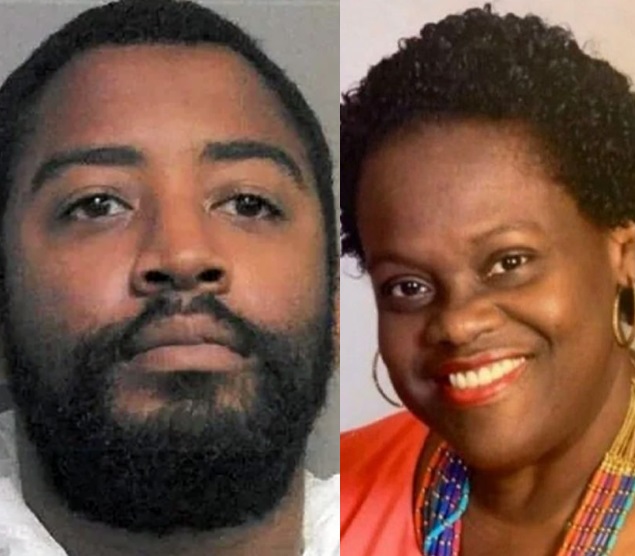 A female Uber driver has died after being murdered by a passenger.
Police said the killer "just wanted to kill someone".
Brandon Jacobs, 29, is accused of stabbing Yolanda Dillion, 54, to death before posting a video of the bloody aftermath to Facebook.
The passenger allegedly killed his victim from the backseat of her car in Louisiana, US after she picked him up for his journey on Thursday, Dec. 8.
He then walked to a hotel where he had pre-booked a room before cops arrested him on suspicion of the crime.
In a press conference, Sheriff Joseph Lopinto confirmed Yolanda had been killed and also revealed the alleged confession in which Jacobs reportedly told police of his motivation behind the savage attack on Thursday.
Lopinto explained: "His confession basically stated that he woke up yesterday morning and decided he was going to kill someone and decided that was going to be his day.
"We asked him specifically, ‘how did you pick her?’ His response was 'I didn’t pick her, Uber picked her.' She was the random person that picked him up that day.
"He was in the back seat. Stabbed her from behind. Exited the vehicle and just walked away casually."
Yolanda, who also worked for the New Orleans Police Department as a budget administrator, was loved by her colleagues.
Superintendent Shaun Ferguson said: "She will be dearly missed. She was very quiet, very humble. A quiet giant, I would say, because she meant a lot to this department and it tore our employees up."
A statement from the Jefferson Parish Sherriff's Office added that the suspect was caught "within hours of the murder."
They said: "Our investigation has shown that the victim was an Uber driver providing a ride to Jacobs from a location in New Orleans to the hotel.
"When the ride ended, Jacobs stabbed her repeatedly before leaving the vehicle."
Top Stories