According to the statement the 27-year-old suspect, David Oluchukwu, is said to belong to a criminal gang, who have been extorting money from unsuspecting motorists. 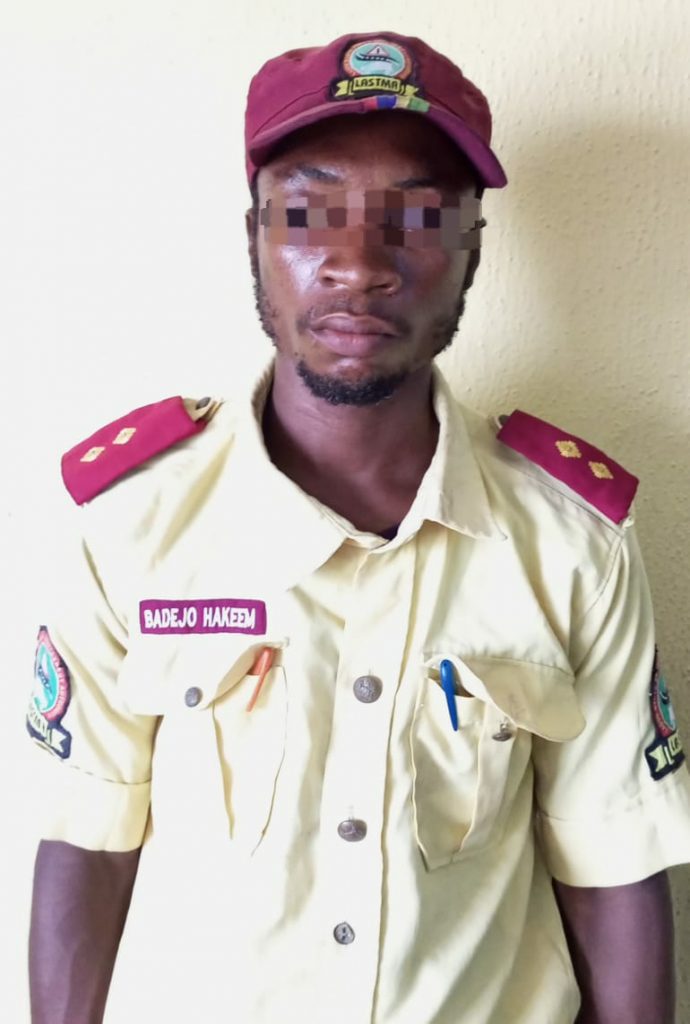 A fake traffic official in the Lekki area of the state, who was on fake duty and was kitted in the official LASTMA uniform, has been arrested by the Lagos State Traffic Management Authority on Wednesday.

In a statement made available to The PUNCH on Thursday by the Director, Public Affairs Department of LASTMA Mr. Adebayo Taofiq, LASTMA General Manager, Mr. Bolaji Oreagba, confirmed that the suspect was nabbed by a patrol team while on duty monitoring and controlling traffic around the Lekki area of the state.

According to the statement the 27-year-old suspect, David Oluchukwu, is said to belong to a criminal gang, who have been extorting money from unsuspecting motorists.

The suspect was nabbed while he was extorting money from commercial bus drivers in the area.

The statement read, “Priliminary investigations conducted by the agency revealed that the arrested suspect belonged to a criminal gang and they have been extorting huge sum of money from innocent motorists apprehended for various traffic offences ranging from seat-belt, obstructions, illegal over-taking and One-way at different locations across the State.

“It is disheartening for some unscrupulous elements impersonating as LASTMA officials and extorting money from innocent motorists thereby denting the good image of the Agency before the public.”

It continued, “The arrested suspect Mr. David Oluchkwu (27yrs) confessed to having been impersonating as a LASTMA official and extorting money from different motorists particularly commercial bus drivers apprehended for violating traffic laws across the state.

“Mr. Oluchkwu who hailed from ‘Ukpu’ in Anambra State confessed further to be making an average of N40,000 everyday from the illegal traffic business.”

Following the incident, the Director, Legal Department LASTMA, Barr. Akerele Kehinde, disclosed that the arrested suspect would be charged to court on Thursday (today) in accordance with the Criminal Code Law of Lagos State.

Mr.Oreagba urged motorists to be wary of fake officers demanding money from them stating that the “agency operates a cashless policy as any violators apprehended are charged to court with a referral notice”

He however warned those impersonating LASTMA officials to desist from such illegal acts saying that more surveillance personnel have been deployed to strategic locations to hunt for those extorting innocent motorists under the pretext of the agency.