He found that an apology has been scribbled on the note as well as the contact details of the driver who had broken his mirror. 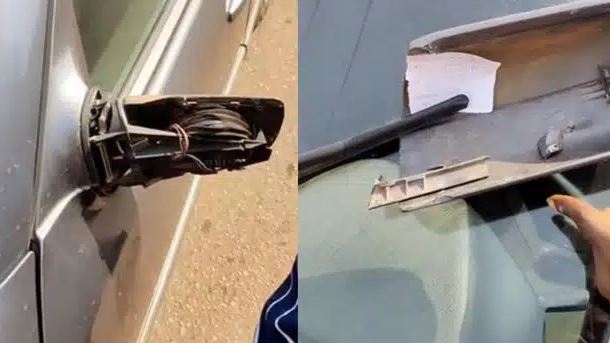 A car owner was left in shock after a driver who broke his car’s side mirror left an apology note with his contact details.

According to the man, he had parked his car by the roadside because it had a minor issue.

On returning to take his car, he found that his side mirror had been broken. He was amazed to see that a piece of the mirror was attached along with a white note to the screen wiper.

The car owner marvelled at this and expressed that maybe there truly is hope for Nigeria after all.