It was gathered that a 120-year-old woman and five other community members were also killed by the marauders. 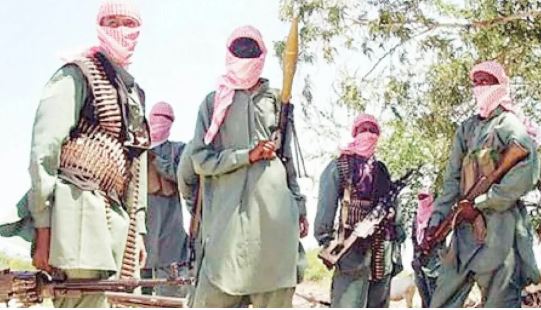 Some gunmen who are suspected to be bandits have caused serious chaos in Sokoto State.

They attacked Raka village of Tangaza Local Government Area in Sokoto State and burnt down many houses and food items before they made away with an undisclosed number of domestic animals.

DAILY POST gathered that a 120-year-old woman and five other community members were also killed by the marauders.

When contacted on phone, the district head of the area, Alhaji Sa’idu Wakili confirmed the attack, saying that although no one was kidnapped, the bandits burnt down two-thirds of the houses and food items and also rustled cattle.

He urged the federal and state governments to intensify more efforts toward solving the security challenges in the area.

The district head also called on wealthy individuals in the axis to formulate formidable means of protecting the lives and properties of the people in the area.

The acting chairman of Tangaza Local Government Council, Alhaji Ibrahim Lawal Junju, accompanied by the Special Adviser to the Governor on Roads Maintenance, Engr. Mai Damma Tangaza visited the community and commiserated with the villagers and also promised to forward his findings to the government for necessary assistance to the victims.

DAILY POST reports that there have been no official statements from either the state government or security agencies at the time of filing this report.