Nigerian midfielder, Iwobi, who has been transformed under Frank Lampard came in second with 34 percent. 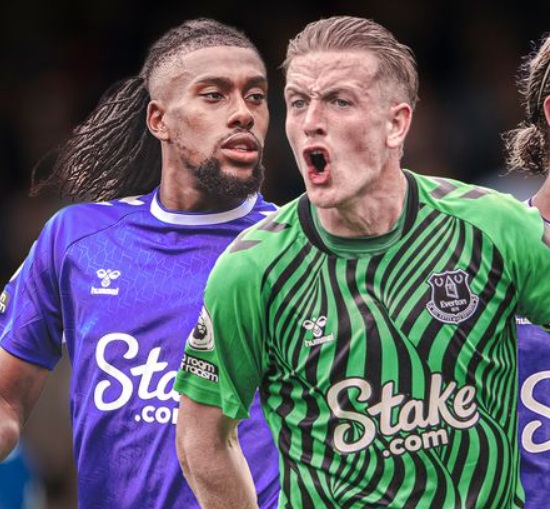 England goalkeeper, Jordan Pickford has been named Fans’ Footballer of the Year by Everton supporters, beating his closest rival, Super Eagles and Everton midfielder, Alex Iwobi.
The Toffees goalie has been in fine form over the past 12 months, helping to keep Everton in the Premier League with big saves won the award after he polled 37 percent of the overall Everton supporters’ vote.
Nigerian midfielder, Iwobi, who has been transformed under Frank Lampard came in second with 34 percent.
Former Everton forward, Richarlison was also nominated, alongside local hero Anthony Gordon.
Pickford finished the Qatar 2022 World Cup at joint top of the clean sheet standings but was denied the Golden Glove award due to Emiliano Martinez’s final heroics that helped Argentina win the tournament.
The England goalkeeper conceded in just two of his five matches at the tournament, keeping three clean sheets along the way.
Top Stories