Lawyer Arrested Over Her Lover’s Death In Lagos 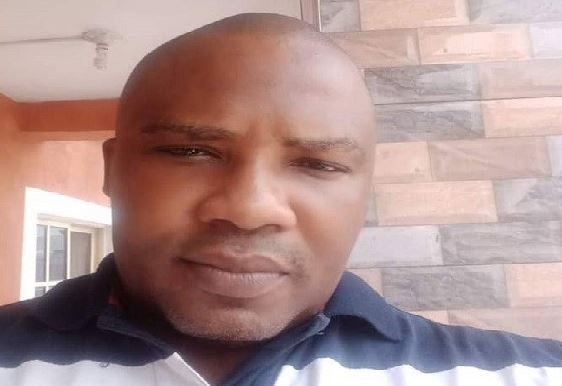 A lawyer identified as Patricia Etu has been arrested by the Lagos State Police Command over the death of her alleged lover, JohnBosco Onwuzuruike in Lagos.

According to to The Nation, Etu was arrested following allegations of foul play and suspicion raised by the deceased’s sister, Chinyere Onwuzuruike.

Chinyere demanded thorough investigation into the circumstances that led to her brother's sudden death.

Chinyere, through her lawyers, petitioned the Commissioner of Police, Abiodun Alabi, after she was informed on November 26, 2022, that her brother had died.

According to her, the way the deceased died, the narratives given by Etu who was his lawyer before allegedly becoming his live-in lover and how his body was hurriedly moved to Owerri, Imo State without her seeing him all fuelled her suspicion he could have been murdered.

The petitioner recounted how Etu contacted Chinyere through JohnBosco’s phone at about 10:35pm on November 26 to inform her that her only brother was in the hospital.

She said she was elated to see her brother’s call having not called her since he moved out of the house.

But the caller on the other end turned out to be Etu, who told her that her consent was needed at Tolu Hospital, Old Ojo Road

Chinyere said she asked what the issue was and whether her brother required an operation, adding that Etu answered in the affirmative.

She said she demanded to speak to the doctor to grant consent since she could not get a means of transportation to the hospital at that time of the night.

Chinyere added that she also told Etu to contact her brother’s wife, Ifeoma Geraldine Alexander, but she declined.

Etu, who is currently held at the State Criminal Investigation Department (SCID), Panti, told detectives that Onwuzuruike suffered a heart attack and was declared dead at the hospital.

She also told detectives that his body was moved to his home state because she could not reach any of his family members on phone.

Spokesperson of the Lagos State Police Command, SP Benjamin Hundeyin, who confirmed the incident said the police would retrieve the body in order to conduct an autopsy.

"We have commenced investigation, so that we can retrieve the body and do autopsy and verify her claims," he said.

"Preliminary findings show that the man did not die at home. The man had High Blood Pressure (HPB) and suffered an attack. He even explained to the lady that he had a case of BP. She took him to the hospital, where he was confirmed dead.

"Patricia Etu also told the investigating officers that she tried to contact the family but couldn’t get across to them. She took the corpse to Imo State and that’s where the suspicion started. She is still in detention and further development will be communicated." the PPRO added.