The organisation however expressed optimism that God would not abandon the nation but would continue to intervene in the affairs of mankind. 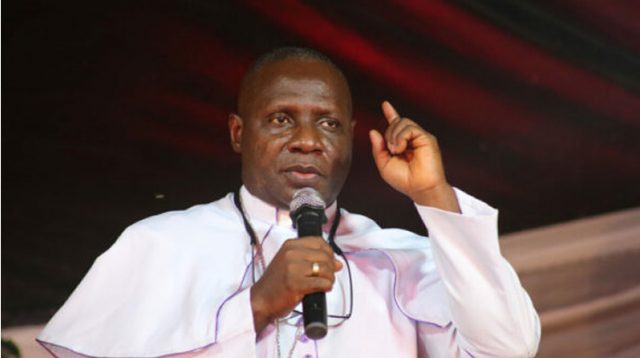 The President of CAN, Archbishop Daniel Okoh
The Christian Association of Nigeria has joined millions of Nigerians to lament over the suffering and hardship in the country during this Christmas.
Speaking on Friday, CAN congratulated the country on the birth of Jesus Christ but regretted that it was being celebrated amidst uncertainty, fear and untold suffering.
The organisation however expressed optimism that God would not abandon the nation but would continue to intervene in the affairs of mankind.
The President of CAN, Archbishop Daniel Okoh, stated these in his Christmas message to Nigerians titled, ‘Christmas: Be hopeful, God has not forsaken Nigeria’, obtained by journalists in Abuja
He said, “Another season of Christmas is here again. It is that time of the year when Christians all over the world celebrate the birth of Jesus Christ, the living Son of God. As people who believe in Him, we are reminded of the unfailing and never-ending love of God for us. The story of Christmas tells us of God’s loving intervention in the human situation of helplessness and hopelessness.
“This year, we are celebrating Christmas in Nigeria amidst uncertainty, fear, untold suffering, hardship and pain in the face of a harsh economy, record inflation figures, worsening poverty situation and a weakened security system due to bad governance. This precarious situation in our national life can be likened to the sufferings, helplessness and hopelessness of the Israelites as a result of the decisions of their leaders to forsake God and pursue after their bellies which they have made into gods through greed, selfishness and blatant corruption.
“Nevertheless, the message of Christmas informs us that God will not abandon us, rather, He will continue to intervene in the affairs of mankind through Jesus Christ, the Messiah He sent to save the world. We should resist the temptation to speak the language of despair and division over our lives and our nation. Let the story of Christmas provide us with inspiration to speak the language of peace to our neighbours regardless of differences in religion, ethnicity or political leanings.”
Top Stories