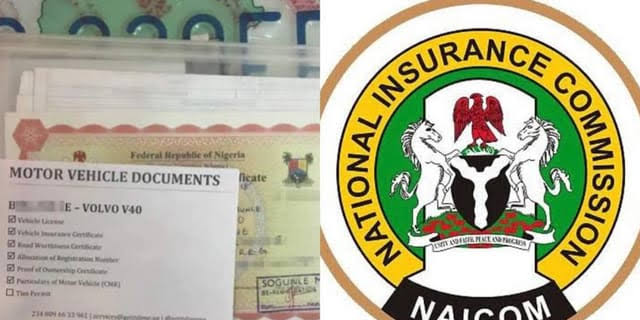 Third-Party insurance coverage for motorists has been hiked from N5,000 to N15,000 yearly with effect from January 2023.
The hike was announced by the National Insurance Commission (NAICOM).
The approval is contained in a circular titled: New Premium Rate for Motor Insurance and signed by the Director, Policy and Regulation, NAICOM, Mr Leo Akah, for the Commissioner for Insurance. The circular was addressed to insurance companies and dated Dec. 22, 2022.
“Pursuant to the exercise of its function of approving rates of insurance premium under Section 7 of NAICOM Act 1997 and other extant laws, the Commission hereby issues this circular on the new motor insurance premium rates effective from Jan. 1, 2023,” it stated.
The commission also stated that the Third Party Property Damage (TPPD) which is the limit of claims an insurer can enjoy on a policy for a private vehicle will now be N3 million for the new premium of N15,000. It stated that the limit for own goods would be N5 million, with a new premium of N20,000.
The insurance premium rate payable on staff buses is now N20,000 and its TPPD would be N3 million.
The statement further adds that commercial vehicles, trucks, and general cartage now have a TPPD limit of N5 million with a N100,000 premium rate; “special types’’ now have a TPPD limit of N3 million and a premium of N20,000.
Tricycles now have a TPPD limit of N2 million and a premium of N5000 while motorcycles now have a TPPD limit N1 million and a premium of N3000.
According to NAICOM, the Comprehensive insurance policy premium rate shall not be less than 5 percent of the sum insured after all rebates or discounts.
The commission threatened to sanction any warned insurers to be guided by the new policy as failure to comply would be appropriately sanctioned.
Top Stories