Being A Woman Is Tough – Skit Maker, Taaooma Laments


According to her, most women are being looked down upon at their workplace and not respected. 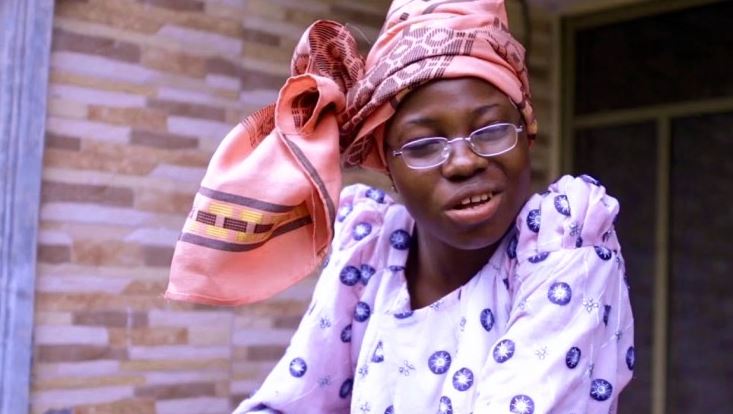 Popular Nigerian content creator, Maryam Apaokagi aka Taaooma has stated that being a woman is difficult.

Taking to Twitter, Taaooma, narrated her experience which made her come to the conclusion.

According to her, most women are being looked down upon at their workplace and not respected.

“Being a woman can be tough sometimes. In your work space, you’re looked down upon. In the society, you’re not as respected. Last time out, a traffic offender I challenged on the road told me to “drop my daddy’s car” before I can talk to him 😂.”

Her post was replied to by a troll, who said it was not about her being a woman, but rather about her small stature. He further asked Taaooma to stop playing the victim.

Nonetheless, Taaooma’s response to the troll put him back in his place.

“Lol, small size? Cos he saw my whole body from the car Yh? If I start to list all the experiences, we’ll be here till night. I’m spitting the reality of things, you said I’m victimizing myself. Stop jare.” 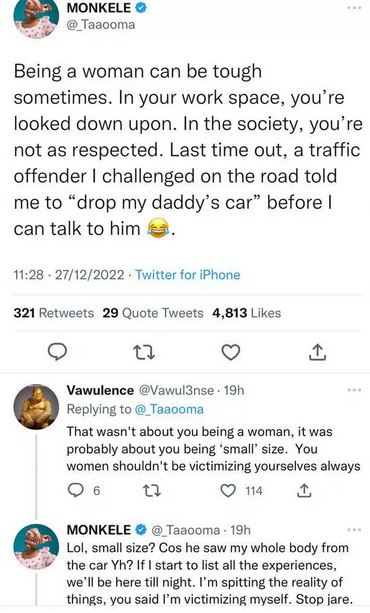