The new Director-General of the Obi-Datti Presidential Campaign Council spoke in a recent interview with Punch. 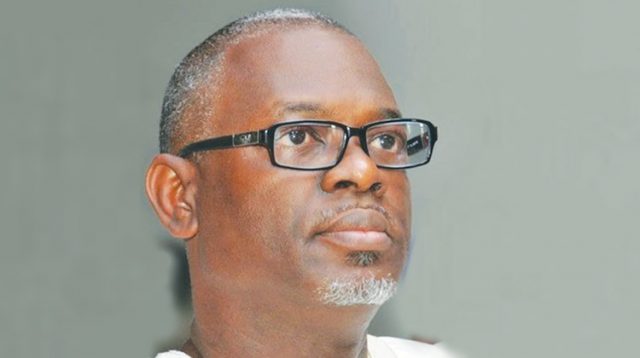 The new Director-General of the Obi-Datti Presidential Campaign Council, Akin Osuntokun has revealed that Labour Party presidential candidate, Peter Obi is far better than the two other well known presidential candidates, Atiku Abubakar and Bola Tinubu.
Osuntokun spoke in an interview with Punch.
Speaking on Obi's chances in the 2023 election, he said: "I don’t think there is a basis for such controversy. Obi is superior to the two of them by a wide margin. This time, Nigerians will not accept to be bribed or bought by money. You have seen how people promote the popularity and acceptance of Peter Obi. It is spontaneous and overwhelming. That’s an indication that people have crossed that sort of backward politicking.
Secondly, at the core of Obi’s campaign are the Nigerian youths, who have continued to play the role in all society. They represent and personify their own idea of what Nigeria’s leadership should be. One of the surprises we are going to have is the futility of buying votes. I have no fear in that regard."
According to him, Obi's cannot be compared with other two major candidates because he's far better than them.
"Of course, not! First and foremost, I have been a zonal coordinator of sorts in the South-West and already in the campaign to face Tinubu. Secondly, I belong to the Afenifere group and that is their position. Thirdly, in the perspective of equity, fairness and justice, there is no zone more deserving of producing the Nigerian President than the Igbo people of the South-East. And, of course, as I said, we cannot continue to compare Obi with the  two other candidates. There is no basis for comparison at all. He is head and shoulder above the two of them. I have been known by our people in the South-West and, I daresay, Nigeria at large. As an upright person, I always take position on the basis of principles. Before I joined this campaign, you have been reading my column in the last few years and you can bear me witness that I have always championed the cause of the presidency being conceded to the South-East. The Yoruba have gone past that.
Now that you brought Afenifere into the picture, we understand the group has been polarised. The leaders also hold different positions on which presidential candidate the group should support in 2023…
That’s incorrect. It (Afenifere) has not been polarised or factionalised. The crisis that happened was between the former leaders and Chief (Reuben) Fasoranti. He has even given a statement distancing himself from the attempt to factionalise the organisation. So, the alleged factionalisation of the organisation is a non-issue and wouldn’t stay.
Reacting to rumours that Obi's campaign is broke, he said:
"Well, you know we are not moneybags like the two other campaigns but we have enough funds to do what we have to do. So that’s not an issue. We are different from those moneybags who have turned it (the campaign) into a festival of sorts. We are sufficiently ready to do what we want to do. In any case, we are also winning back Nigerians from the culture of money politics or what they call monetisation of politics.  And that’s part of it. It is difficult but it is possible to win people back from the destructive policy of monetisation."
Top Stories