The suspects alleged that Akoi Allah who operates a local joint in Batum, poisoned the deceased, and that his mother used the opportunity and bewitched him. 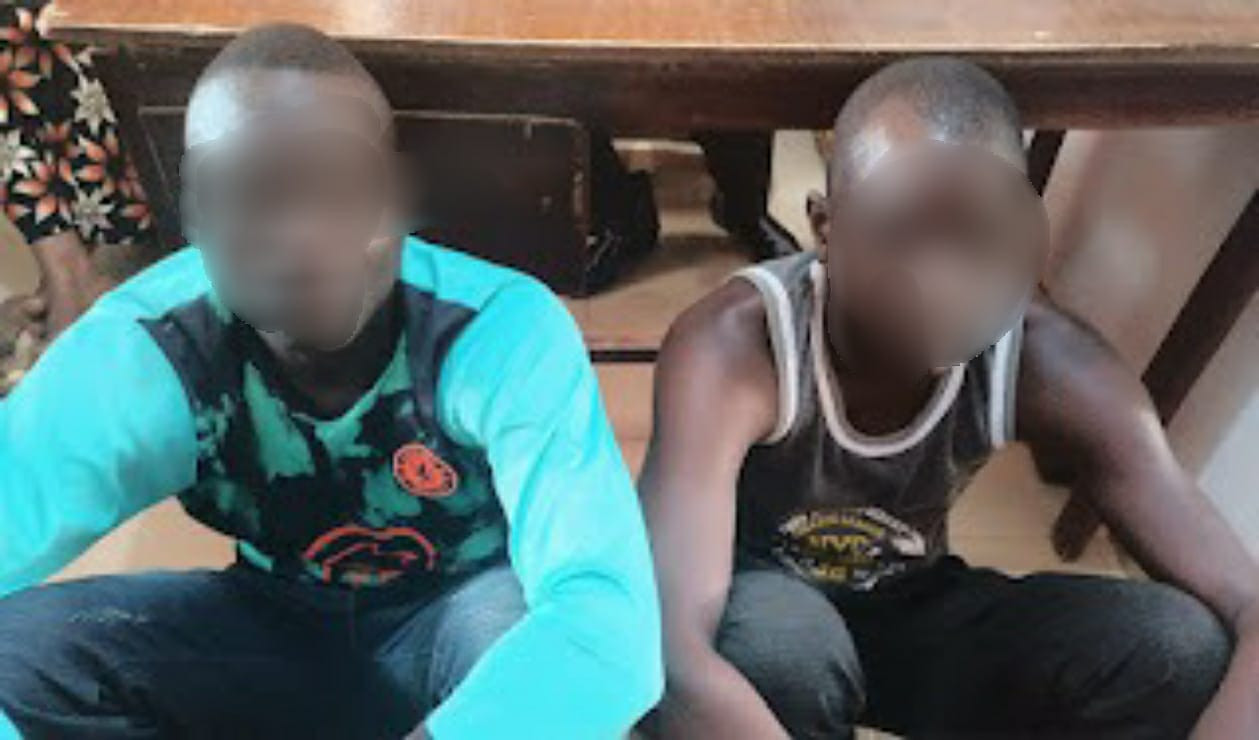 Policemen in Adamawa state have arrested two men identified as Obed Filibus, 32, and Sani Amos, 28, for allegedly killing a woman and one other person accused of bewitching/poisoning their elder brother, Ahmadu Filibus in Batum community, Dumne Development Area, Song Local Government Area on December 12, 2022.
The two arrested suspects and four others now at large, were accused of beating up their victims, Halima Ezra and Jibrailu Abdu with sticks to death.  Obed and other suspects accused Halima and her Son, Akoi Allah Ezra and Jibrailu of murdering their own brother by putting poison in a beer that he had drank.
The suspects alleged that Akoi Allah who operates a local joint in Batum, poisoned the deceased, and that his mother used the opportunity and bewitched him.
While being interrogated by the Spokesman of the Police Comman, SP Suleiman Yahaya Nguroje, the suspects confessed to committing the crime. Obed stated that their elder brother had experienced toothache which resulted in swelling around the tooth and his neck. He said that late Filibus' health condition became worst and defied all treatment at Dumne Dispensary and at the Specialist Hospital in Yola respectively. Obed said that their late brother was admitted at the Specialist Hospital and that few minutes before his demise, he started rolling on his sick bed.
He added that their brother had while rolling on the bed, mentioned the names of Halima, Jibrailu and Akoi Allah and asked what he had done to them that made them want to kill him. Obed told the police that when they returned home after the death of Ahmadu, they confronted Jibrailu who allegedly confirmed to have a hand in their elder brother's death.They then retaliated by beating Jubrailu to death.
According to Obed, they later caught Halima on a rice farm where she also allegedly confirmed to them that she had "bewitched" their deceased brother "because it was her turn to pay other witches." Obed claimed that the woman narrated to them that she had caught his spirit and gave it to Jibrailu who slaughtered him in order to pay because she had eaten that of other witches.
Confirming the incident, the spokesperson of the state police command, SP Suleiman Yahaya Nguroje, said the state Commissioner of Police, S. K. Akande, had ordered for discreet investigation and  prosecution of the suspects.
Top Stories