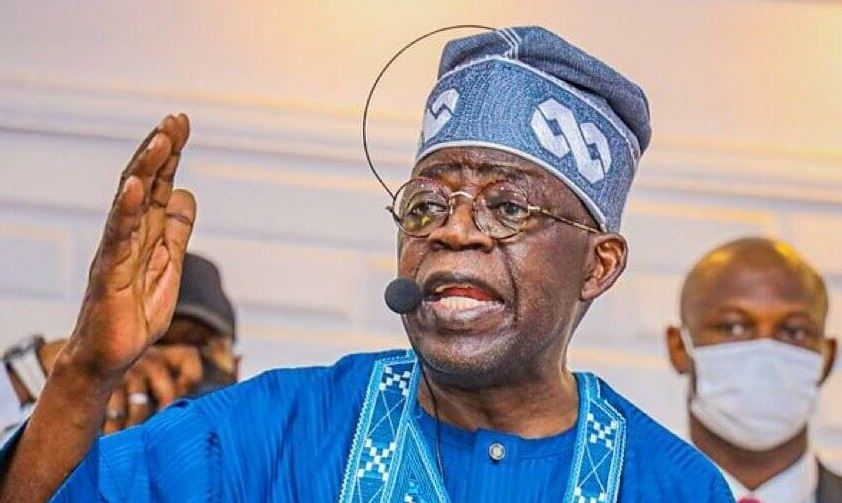 Presidential candidate of the ruling All Progressives Congress, Asiwaju Bola Tinubu took a swipe at his Labour Party and People's Democratic Party counterpart ahead of the February 25 election.

Taking a swipe at Atiku, Tinubu said the former vice president does not know about progressive governance,

“He doesn’t want to do the brave and hard work required to build a better nation. Instead, he would rather sell your birthright to the highest bidder and run off with the proceeds.

“He cares little that his policies and actions will impoverish you and leave you with nothing,” Tinubu said of Atiku.

On Mr Obi, Tinubu said the LP candidate had a chance to show how progressive he could be when he was governor of Anambra State.

Hear him: “All he could do was boast that he saved money. But I tell you it is a wicked parent that holds money in his hand yet allows his children to starve.

“Likewise, it is a heartless governor who holds back money when people went hungry, schools, roads and clinics went into disrepair. Neither the city-dweller nor farmer prospered under him.

“In the end, he refused to save the people because he preferred to save the money. And he claims to be the party of labour. You will have to be labouring under a terrible delusion if you think he will do better for the nation than he did for Anambra State.

“The truth of the difference between my leadership and that of Mr. Obi lies in one observation. Although Lagos is crowded and Anambra has ample space, more people left Obi’s Anambra seeking a better life in Tinubu’s Lagos than left Lagos believing Obi had established a blueprint for growth in Anambra.

“My people, you cannot entrust your future or that of our nation to Mr. Sell Everything Atiku or Mr. Stingy Obi. But you can trust Mr. Progressive Good Governance Tinubu!”

Speaking on his agenda for Ondo State, Tinubu noted that the history of Ondo is one where industrious farmers had for years sowed prosperity through well-cultivated cocoa plantations and other agricultural exploits.