Mendy’s co-accused, Louis Saha Matturie, has been found not guilty of three charges. 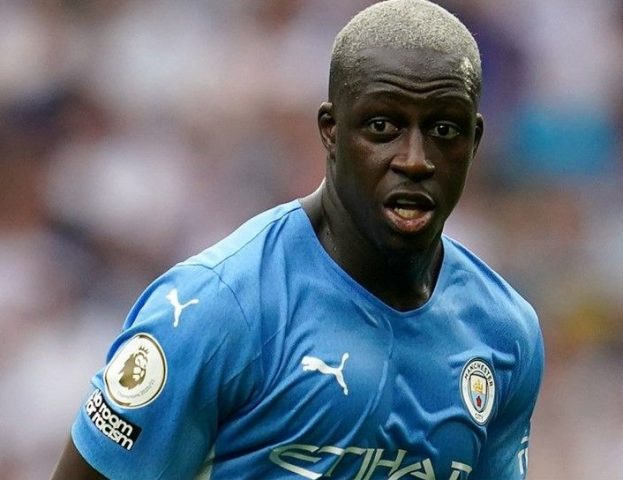 Chester Crown Court has found Manchester City’s defender, Benjamin Mendy not guilty.
He was found not guilty of seven of the nine r3pe charges against him.
After a trial lasting almost five months, the defender has been cleared of six counts of r3pe and one count of s#xual assault.
However, after 13 days of deliberation at Chester Crown Court, the jury has been unable to reach verdicts on two other charges against Mendy – one count of r3pe, involving a woman aged 24 in October 2020, and one count of attempted r3pe, involving a woman aged 29 in October 2018.
The Crown Prosecution Service has seven days to decide whether to pursue a retrial on the two charges where a verdict could not be agreed.
Mendy held his head in his hands as the verdicts were read out.
Mendy’s co-accused, Louis Saha Matturie, has been found not guilty of three charges.
He faces a possible retrial on six charges.
Manchester City suspended Mendy when he was arrested in August 2021 and stopped paying him in September 2021.
His contract expires this summer.
Top Stories