The presiding chief magistrate said following an affidavit of urgency filed by the defendant(Eno) on Monday, and which was granted on Tuesday, “the matter is hereby terminated”. 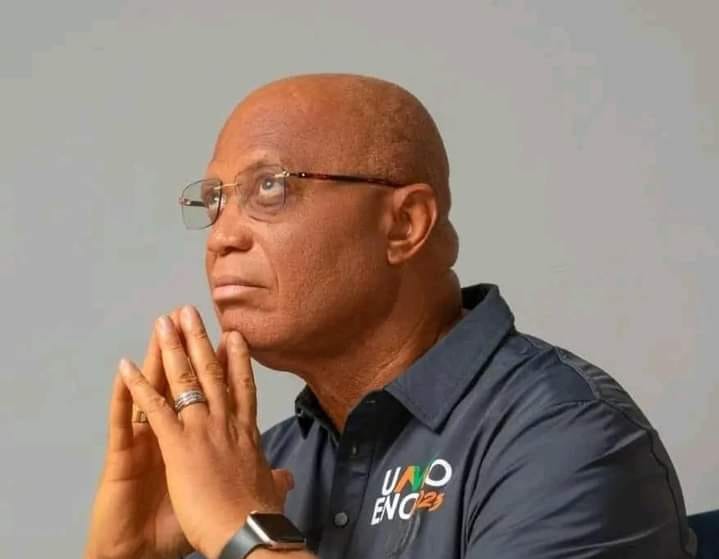 The criminal suit filed against Umo Eno, the governorship candidate of the Peoples Democratic Party (PDP) in Akwa Ibom state, has been terminated by a chief magistrate court in Abuja.

At the court session on Friday, Emmanuel Iyanna, the presiding chief magistrate, said following an affidavit of urgency filed by the defendant(Eno) on Monday, and which was granted on Tuesday, “the matter is hereby terminated”.

TheCable had reported that Iyanna issued an arrest warrant on December 23 after convicting the governorship candidate on charges bordering on “cheating and dishonestly inducing delivery of property”.

The complainant in the suit marked CR/94/2022 is one Edet Godwin Etim.

Although Eno’s campaign organisation denied knowledge of the suit, it later filed an application seeking to vacate the order on the grounds of not being served the hearing notice.

During the hearing, the warrant of arrest was vacated.

The chief magistrate also set aside the entire proceedings and judgment.

Eno, through his legal team led by Samuel Ikpo, had sent a petition against the chief magistrate over the “issuance of irregular and illegal warrant of arrest”.

A letter dated January 10 and signed by Oluseyi Amose on behalf of the chief judge notified the chief magistrate of the petition against him.

The letter stated that the petitioners have “called for disciplinary action to be taken” against the magistrate.

At the resumed hearing on Friday, Saatsaha Yenge, a lawyer, announced legal representation for the complainant.

However, the defendant was not represented in court.

Yenge said: “We received the notice by pasting that this matter will be coming up for hearing of the defendant applicant’s motion filed on January 9.”

“We responded by filing a counter affidavit on January 12,” he continued.

“The applicant is not in court. It appears that they are not interested in moving their motion.

“We made attempts to serve our counter affidavits on the applicant but we discovered that the address provided is a business centre. We hoped they would be in court so that we could serve them. This court is not a place for dumping processes.

“We urge the court to strike out their application for want of diligent prosecution.”

Delivering his ruling, the chief magistrate said the complainant’s respondent was absent when the motion of urgency was heard.

He said since he already vacated the warrant of arrest and the judgment, “the matter is hereby terminated”.

Reacting to the ruling shortly after the court session, the complainant’s counsel said he was not informed about the hearing of the motion of urgency.

He also faulted the court for setting aside the entire proceedings and judgment on the grounds that it was never sought as a relief in the defendant’s motion.

He said he would discuss with his client to know the way forward.

The complainant had alleged that he carried out a contract for the defendant which spanned for about six years and he was supposed to be paid about N28 million.

He alleged that the defendant breached the contract and did not pay him.