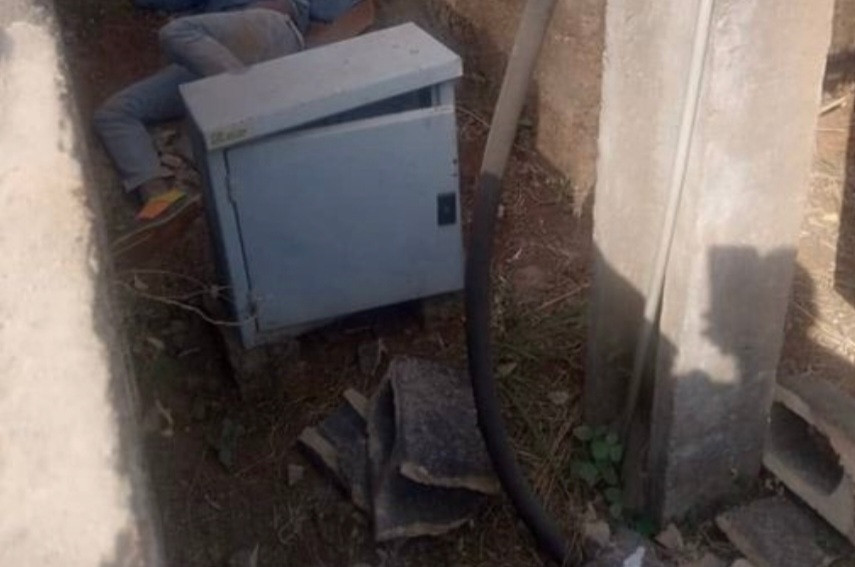 A barbing salon operator has been electrocuted while vandalizing a transformer in Nsukka, Enugu State.

This was confirmed by the Enugu Electricity Distribution Company, EEDC.

The company identified the deceased as Tochukwu Onah (alias Toshiba), an indigene of the community.

Relaying the development to newsmen in Enugu on Sunday, Emeka Ezeh, the Head of Corporate Communications, EEDC, described the incident as very unfortunate, one which had cut the young man’s life short .

Mr Ezeh said that the body of the suspect was found within the space of a distribution transformer belonging to the EEDC at the early hours of Saturday, at Ede-Oballa community, Nsukka Local Government Area of Enugu State.

He said that it was suspected that Onah was electrocuted while attempting to vandalise the distribution transformer which already had some of its cables severed.

Mr Ezeh recalled the numerous cases of vandalism recorded by the company in 2022, which negatively impacted not just the quality of service to its customers, but also its revenue.

He, therefore, called on the public to also look inwards, as some of the perpetrators of these attacks might be residing within the neighborhood or community.

Mr Ezeh recounted a similar experience sometime in November 2022, where perpetrator of transformer vandalism died in the same Ede-Oballa community.

According to him, vandalism has been a big challenge to the company, and there is no way it can deal with it all alone without the support of its stakeholders.

"EEDC condoles with the family of the deceased, and hope that this incident serves as deterrent to those engaging in this act of sabotage and wickedness of throwing entire neighbourhood or community into total darkness,” he added.

Watch the graphic video below...