APC Panicking Over Fear Of Losing Power; But We’ll Crush Them - Ayu


The Chairman of the PDP, Senator Iyorchia Ayu made this claim at the PDP rally, held at the arcade ground of Ake Palace in Abeokuta. 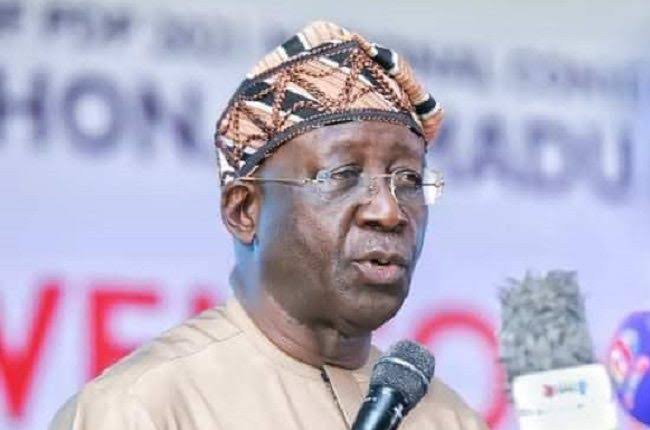 The Chairman of the PDP, Senator Iyorchia Ayu has declared that the ruling All Progressives Congress will suffer a heavy defeat in the upcoming February presidential election.
Ayu said this at the PDP rally, held at the arcade ground of Ake Palace in Abeokuta.
He said, “It shows that the APC is afraid. They were afraid of us in Osun state, and they refused to give us the stadium, we did our rally on the road, and we won. Anywhere we go that’s an APC-controlled state they make sure we don’t get the venue.
“Nigerians should not worry, they (APC) are showing panic, they are worried that they are going to lose power. We were in Ekiti they refused to give us the appropriate venue. They closed all filling stations, there were no buses. That is to tell you that PDP is bouncing back.
“We are stronger than ever and because of that, nobody should worry about whatever obstacle they put in our way,” he said.
Ayu further stated that the PDP will crush the APC at the polling booths, wards, local governments, and nationally.
He said, “We must recover this country, we must rebuild Nigeria because when we came into power we formed this party precisely because we want a better living conditions for our people.”
The PDP chairman promised that when the PDP presidential candidate comes back to power, life will be better for Nigerians.
Top Stories