This is contained in a statement signed by the Director/Fire Chief of Anambra Fire Service, Mr Martin Agbili, and made available to newsmen in Onitsha. 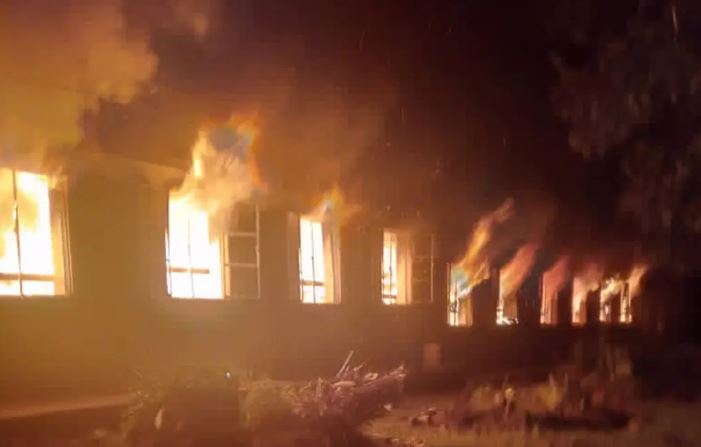 It was pure panic that took place on Monday after fire gutted the Nodu Okpuno Mata foam depot in Anambra, Vanguard reports.

This is contained in a statement signed by the Director/Fire Chief of Anambra Fire Service, Mr Martin Agbili, and made available to newsmen in Onitsha.

According to him, at about 5.39 p.m., the Anambra State Fire Service received a distress call of fire outbreak at Mata foam depot, NODU, Okpuno.

“We immediately deployed our fire truck and our brave firefighters to the fire scene.

“The fire fighting operation was very successful as we were able to fight, stop, control and extinguished the fire to a standstill,” he said.

The fire chief said that they were able to save a lot of mattresses in the depot.

“We also saved all the surrounding residential homes around the fire scene.

“We want to use this medium to thank the general public who assisted us during the operation and also those that put the call across to us”.

Agbili stressed that January and February are the peak of harmattan when the state usually experiences a great number of fire outbreaks.