Shocking! Woman Gets Pregnant for Her 15-year-old Son and Shares the News on Facebook (Photo)


In what will come across as perhaps the most shocking case of incest in recent times, a woman has proudly gotten pregnant by her own son. 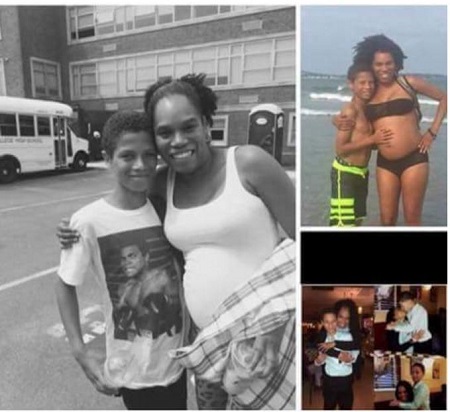 The woman posted the photo above showing her posing with her underage 15-year-old son and then followed it up with an explanation.
See how she captioned she captioned it below: 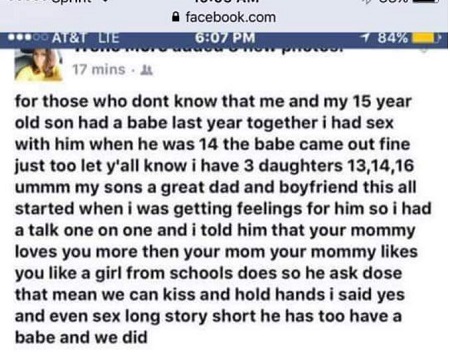 The Facebook post reads (edited):
“For those who don’t know, me and my 15 year old son had a baby last year together. I had sex with him when he was 14 years old.
"The baby came out fine. Just to let you know I also have three (3) daughters who are thirteen(13) fourteen(14) and sixteen(16).
"My son is a great dad and also a great boyfriend to me. This all started when I realized that I was having  feelings for him. I decided to have a one on one talk with him. I told him 'mommy loves you more than what it means to just be a mommy to you' I also told him that “mommy likes you just like how a girl from school likes you.'
"I explained everything to him and got him to understand and he felt the same way as I did as he began to ask questions. He asked “so does that mean that we can kiss and hold hands like boyfriend and girlfriend?”I told him yes and even sex.
Top Stories