One of the arrested three people wanted for alleged connection to Boko Haram terrorists' video and the whereabouts of over 200 Chibok schoolgirls, has met a deadlock in detention. 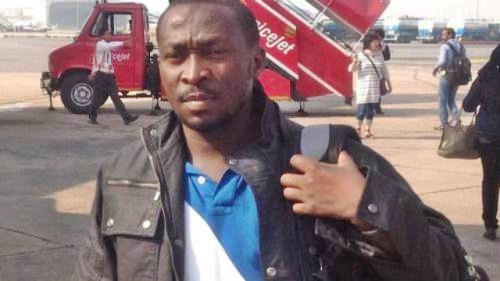 Ahmed Salkida
We reported it here late yesterday that a Nigerian journalist, Ahmed Salkida, who is one of the three people wanted for alleged connection to Boko Haram and the whereabouts of over 200 Chibok girls, was arrested in Abuja on Monday.
According to an exclusive report by Premium Times, Salkida, who was taken into custody weeks after being declared wanted by the army, has been denied access to his lawyer, Femi Falana, who is representing him.
Recall that few weeks ago, the Nigerian Army had declared him wanted, alongside two others, for suspected links with Boko Haram. The decision came after Salkida distributed a video released by the group in August.
Salkida's lawyer, Femi Falana (SAN) said on Tuesday that authorities had denied him access to his client. The journalist is believed to be held at a State Security Service facility in Abuja.
Falana said he had “been briefed as Salkida’s counsel”, but that he was “still trying to have access to him”, adding that his chamber had dispatched another lawyer in Abuja to see if they could have access to Salkida, and to know “how to proceed from here”.
Top Stories