A shocking early morning blast has left many people in fear after it was revealed that three Boko Haram suicide bombers had attacked a police checkpoint. 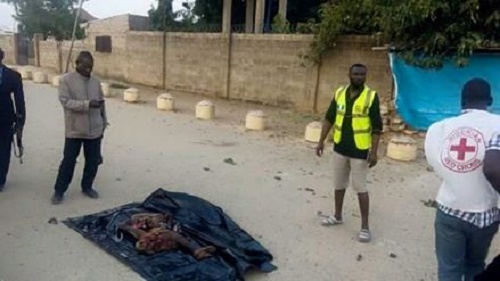 The suicide bombers bodies blown into pieces
Two suicide bombers blew themselves up in the early hours of Friday at a police checkpoint near the Federal High Court Complex in Maiduguri, after police officers on guard tried to stop them from advancing towards their post, an official said.
A third suicide bomber was arrested, the police said.
We earlier reported that the suicide bombers were made up of two females and a male. They were spotted creeping in the dark towards the police post at about 3.50 a.m, according to the Borno State Police Public Relations Officer, Victor Isuku.
“By 3:50 a.m. today, mobile police personnel on guard duty opposite the federal high court, sighted three suspected suicide bombers (2females & a male) running towards their sandbag”, said Mr. Isuku, a deputy superintendent of police.
“They ordered them to a halt for questioning. In the process, one of them detonated the IED strapped to her body, killing herself and one other male accomplice.
“The other female survivor was arrested alive and subsequently handed over to the military for further exploitation and necessary follow up actions.
“Police bomb disposal units also mobilized to the scene to detonate unexploded IEDs on the bodies of the deceased suicide bombers. The second bang was as a result of the demolition of the remaining IEDs by police EOD units. Normalcy has already been restored”. he added. 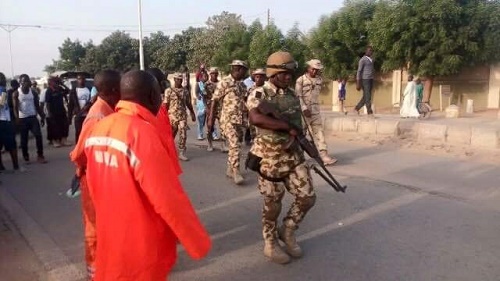 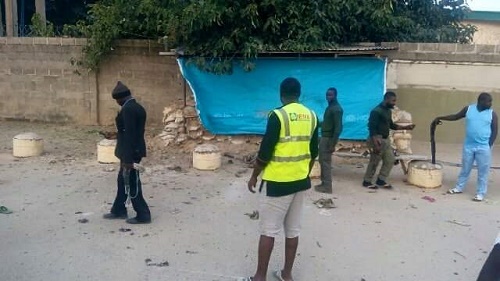 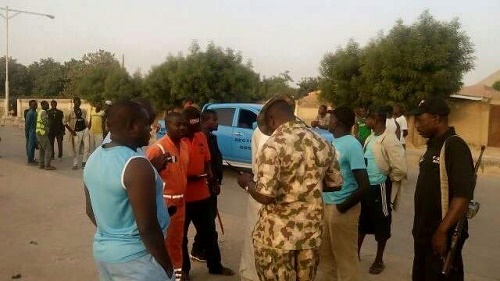 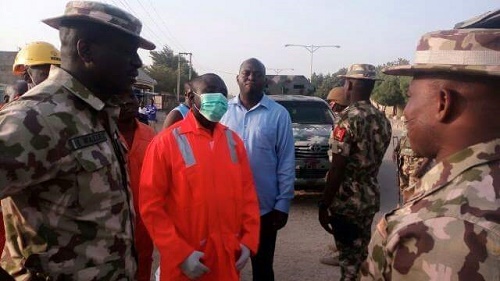