Super Eagles Coach, Sunday Oliseh has revealed that Nigerian and Chelsea midfielder, Mikel Obi turned down a chance to feature in the AFCON qualifier against Tanzania. 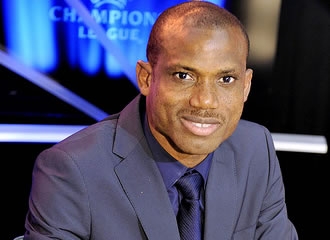 Sunday Oliseh
Super Eagles Coach Sunday Oliseh has revealed that Mikel Obi snubbed all attempts to reach him before the compilation of the list of foreign based players for the AFCON qualifier against Tanzania.

Oliseh told journalists that he invited the Chelsea duo of Mikel and Victor Moses for an appointment but only the latter honoured the call.

”I went to make contact, but I never got a reply or call back whereas Victor Moses came, we traveled to London and he (Mikel) was the only player that did not come for the appointment.”
Top Stories