The Barack of Beijing: Meet Chinese Actor Who Looks Just Like President Obama


From the haircut to the hand gestures and even the ears, this President Obama look-alike has definitely got his act down to a tee. 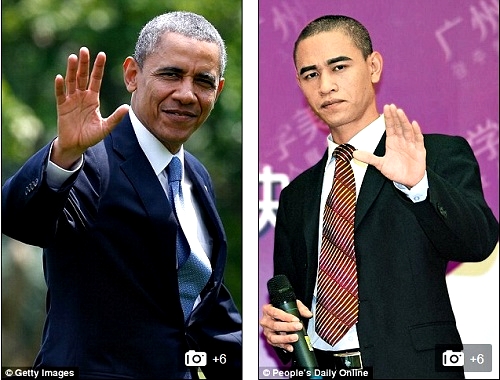 29-year old Xiao Jiguo, is currently making waves in Asia as he capitalises on his resemblance to the US president. The up-and-coming actor charmed audiences with his Obama impressions during a promotional tour in Shanxi province, northern China, on Tuesday. 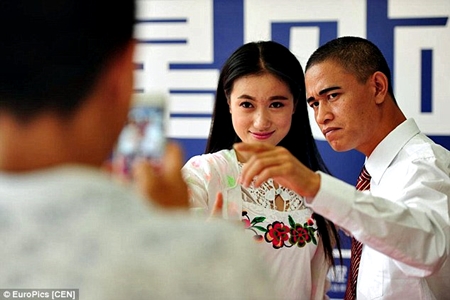 Reports reveal that Xiao first gained fame after appearing on the TV talent contest, 'Chinese Dream Show' in 2012. He soon landed small roles in television dramas and films following his success on the programme. 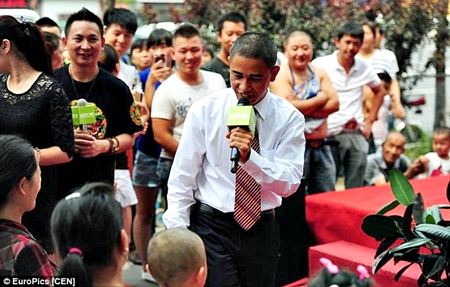 The actor only realised he had a doppelganger after posting a video clip online, which attracted numerous comments about how much he looked like the US president. Remarkably, Xiao says that his birthday is August 5 - the day after President Obama's birthday.
Xiao has studied hundreds of video clips of Obama and studied English so that he would be able to recite his inauguration speech. He even had minor plastic surgery earlier this year in order to look more like the president. 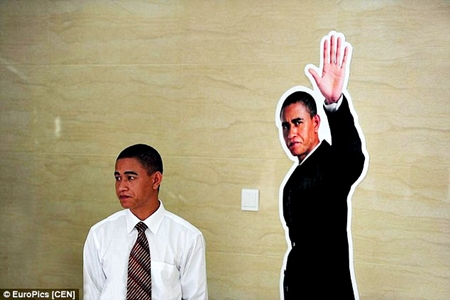 Xiao launched an online comedy series called 'Aobama Goes on Dates' in May, in which he showed off his amazing ability to mimic the president's facial expressions (aobama is the Mandarin pronunciation for Obama).
Souce: Peoples Daily
Top Stories

Pat Utomi's Son's Wife, Maya Reveals Tragic Incident That Made Them Decide To Quickly Get Married

Media Mogul, Mo Abudu Shares New Photos Of Herself With Her Adorable Grandsons As She Turns 58

Photos From The White Wedding Of Model, Sarah Ofili To Her Husband, Adukeh, In Italy
Recent Stories