Amid a raging debate on the Petroleum Industry Bill, Chairman of the Senate Committee on Business and Rules, Senator Ita Enang, on Wednesday, said that 83 per cent of oil blocks in the country are owned by Northerners. 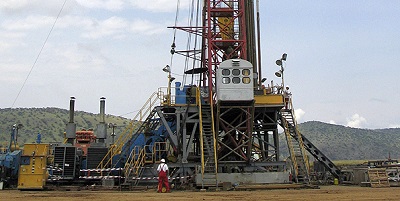 Going by a statement made by Senator Ita Enang, Chairman of the Senate Committee on Business and Rules, 83% of the oil blocks in Nigeria are possessed by Northerners. He made this known during a hot debate on the Petroleum Industry Bill on Wednesday, 26th of August.
He advocated for an equity following the guidelines of the federal character character in the allocation of oil blocks in Nigeria. He addressed this issue authoritatively without any present lawmaker faulting his claims according to P.M news.
Enang, representing Akwa Ibom North-East (Uyo) Senatorial District, therefore demanded a review of oil block licences in the country even as other senators from the South urged him on.

Enang’s disclosures came a day after the debate on the Petroleum Industry Bill had split the senators along North-South lines. The senators held a rowdy session as those from the north stoutly opposed the provision of 10 per cent Host Community Fund in the bill.

The provision requires operating companies in the Niger Delta, home to Nigeria’s vast oil resource, to pay 10 per cent of their net profits to the fund for the development of the communities.

He said, “Seplat/Platform Petroleum, operators of the ASUOKPU/UMUTU marginal field has Prince Sanusi Lamido (not CBN Governor) as a major shareholder and Director.

“AMNI International Petroleum and Development Company is owned by Alhaji (Colonel) Sani Bello of Kotangora, Niger State. They are operators of OML 112 and OML 117.

“OPL 291 was awarded to Starcrest Energy Nigeria Limited, owned by Emeka Offor, which was sold by Starcrest to Addax Petroleum. Emeka Offor still has a stake in Addax operations in Nigeria.

“INTEL is owned by (Abubakar) Atiku, Yar’Adua and Ado Bayero and has substantial stakes in Nigeria’s oil exploration industry, both in Nigeria and Sao Tome and Principe.

“These need to be looked into, revoked and re-awarded. The Federal Character which is a principle applicable in every aspect of our national existence should also be brought to bear in the application of our oil blocks, marginal fields and prospecting licences.”
Top Stories