President Buhari yesterday has a secret meeting with governors of the main opposition party at the Aso Rock Villa. 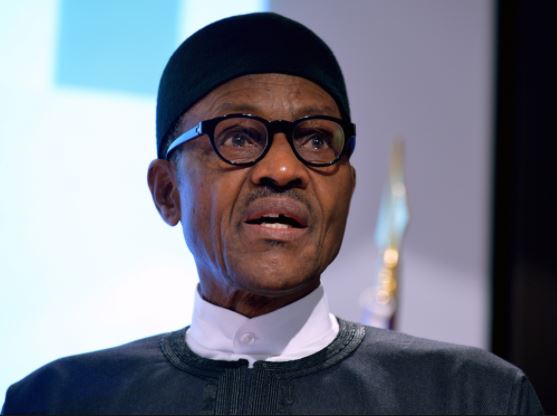 President Muhammadu Buhari
Four state governors elected on the platform of the opposition Peoples Democratic Party on Tuesday met behind closed doors with President Muhammadu Buhari.
All the governors are from the South-South geo-political zone of the country. The meeting was held inside the President’s office at the Presidential Villa, Abuja shortly after Buhari returned from his condolence visit to Kaduna State.
The governors in attendance were Udom Emmanuel of Akwa Ibom State; Seriake Dickson of Bayelsa State; Ifeanyi Okowa of Delta State and Nyesom Wike of Rivers State.
At the end of the meeting, Dickson told State House correspondents that they discussed issues pertaining to the country and their respective states with the President.
He, however, did not give details of the issues discussed.
“My colleagues and I came to have an audience with the President to discuss issues pertinent to our country and pertinent to our respective states.
“We had a robust and fruitful discussion with the President and he promised to look into it in any way possible,” the governor said.
When asked to be specific on the areas of discussion, Dickson said, “We don’t want to go into those details.”
The Presidency has yet to issue a statement on the meeting as of the time of filing this report.
Top Stories