It was a tragic scene yesterday as the convoy of Tonye Cole killed two women in Rivers leaving others seriously injured. 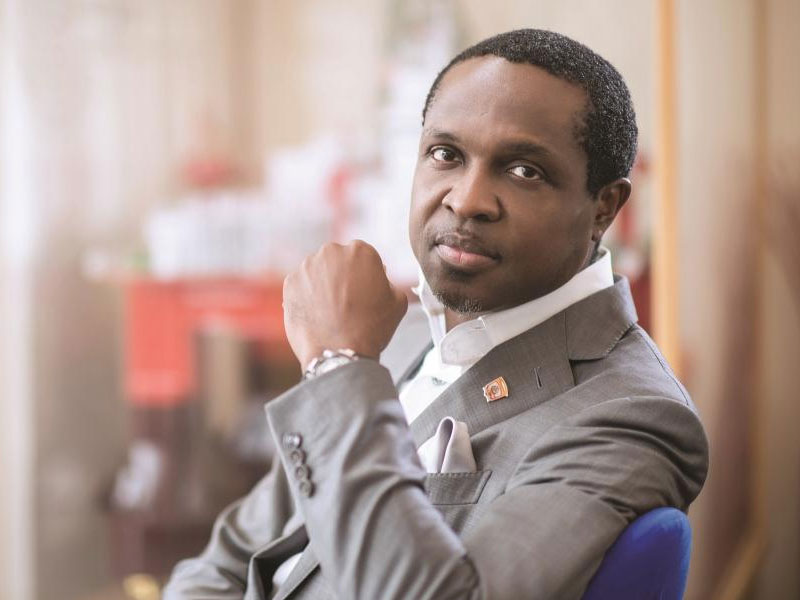 Tonye Cole
Tragedy struck on Friday as the convoy of the governorship candidate of the All Progressives Congress in Rivers State, Tonye Cole, hit and killed two women in Abua, Abua/Odual Local Government Area of the state, Punch has reported.
It was gathered that the tragic incident took place in Egbolom area of Abua Central-Ogonokom Road in Abua in the afternoon, and another woman was said to have been injured.
Cole was on his way to Otapha on a ward-to-ward sensitisation tour before the accident happened.
The security details of the governorship candidate, in an attempt to avoid hitting a motorcyclist on the road, swerved their vehicles to the edge of the road, crushing the women on the walkway to death in the process.
An eyewitness, who only identified himself as Kipoye, said that Cole’s convoy hit the two women in Egbolom, while they were walking on the side of the road.
He said, “The Rivers APC governorship candidate was on his way to Otapha in Abua on a ward-to-ward sensitisation visit.
“While on their way in Egbolom, a motorcycle suddenly joined the road and the soldiers leading the convoy tried to avoid hitting the bike and in the process, they swerved to the edge of the road, hitting and killing two women on the spot.
“The deceased women have been taken to the morgue. Right now, we have not been able to ascertain the identities of the women. But they are from Egbolom.”
When contacted, the state Police Public Relations Officer, Mr. Nnamdi Omoni, confirmed the incident, adding that Cole and the Divisional Police Officer of the area were currently in touch with the families of the deceased persons and the injured person.
Omoni said, “We are aware that the convoy of the APC candidate was today involved in an accident. Three women were hit in the accident and two of them died while one was injured.
“I understand that the governorship candidate and the DPO of the area have reached out to the families of the deceased and injured persons.”
Speaking about the accident, the state Publicity Secretary of the APC, Mr. Chris Finebone, said they were heading to Ward 8 in Abua/Odual when the incident occurred, adding that the political activities of the day were cancelled following the accident.
“When the accident occurred, the candidate was in about the eighth vehicle in the convoy. A pick-up van was involved in the accident and we all went out to give first aid to the women that were affected.
“The candidate, who was in one of the vehicles that had moved about half a kilometre ahead, ordered the vehicles to make a U-turn. The candidate joined others to visit the hospital, where the two women were confirmed dead.
“We then went to report the matter to the divisional police in the area while the activities of the day were cancelled as a result of the death of the two women. It was an accident that could happen to anybody.
“The candidate and the party have restated that they would stand by the family of those deceased and injured,” the state APC spokesman said.
Top Stories