In what will appear to be a great gaffe, the new acting Chief Justice of Nigeria, CJN, Tanko Mohammed has reportedly appointed ten dead and retired judges among the recently sworn-in 250 election tribunal members 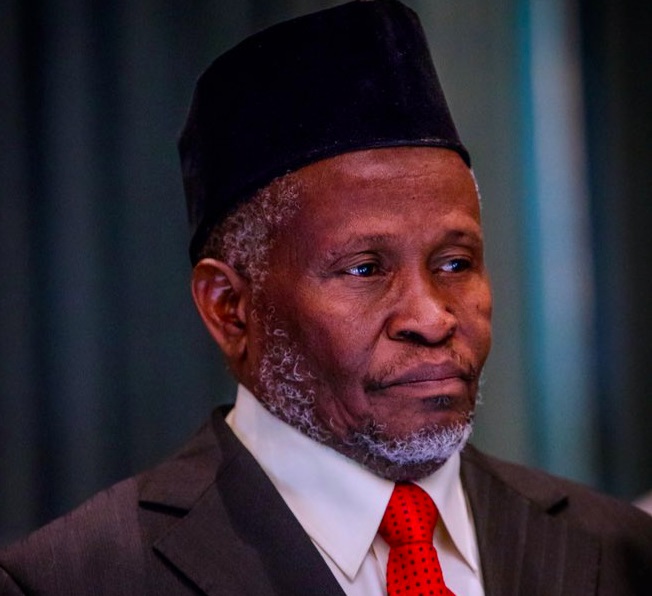 Acting Chief Justice of Nigeria, CJN, Tanko Mohammed
The names of about ten dead and retired judges appeared among the recently sworn-in 250 election tribunal members, a report by Daily Independent has revealed.
Lawyers in Uyo, the Akwa Ibom State capital, told Daily Independent about the inclusion of dead and retired judges in the list.
According to the newspaper, the group of concerned lawyers who declined being identified, faulted the list of the recently sworn in 250-tribunal members as parading over 10 names of dead and retired judges.
They admitted that this would not be the first time the President Muhammadu Buhari-led government has displayed this level of “cluelessness and carelessness in handling sensitive issues concerning Nigeria.”
They described “a posthumous appointment of anyone for such sensitive role in the country as burying Nigeria alive.”
The new acting Chief Justice of Nigeria, CJN, Tanko Mohammed swore in 250 members of the election tribunals at the Supreme Court Complex in Abuja.
Recall that President Muhammadu Buhari had on Friday suspended the Justice Walter Onnoghen and swore in Ibrahim Tanko Mohammed as acting CJN.
Some Nigerians who have long been dead and buried have posthumously made the list.
One of the lawyers told Daily Independent that up to 10 judges in the list were dead.
He named Justice Edemekong Edemekong whose name appeared as number 58 on the list and declared that the late Justice died since 2013.
Another, Justice Chukwu, from Ebonyi State and number 53 on the list, who was formerly of the Federal High Court, is also said to have been long dead.
The lawyer’s revelation also indicated that Justice Stephen Okon, a retired Chief Judge of Akwa Ibom State and Justice Okoyo Essang (number 56), a retired justice of the High Court in Akwa Ibom State, both made the list.
The lawyers expressed concerns that if such errors could be spotted at a glance on such a sensitive list and on the first official outing of the new acting CJN, then Nigeria may be heading towards a doom.
“If dead and retired men are to sit on our election petition tribunal, then the APC-led federal government is out to drown this country and we vehemently reject a list parading dead men as members of the tribunal,” they said.
Top Stories