Represented by the Chief of Policy and Plans, Major General Ali Nani, the COAS also directed that mini-zoos and parks be established in all army barracks across the country. 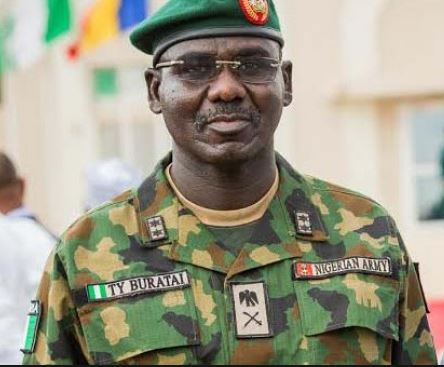 Buratai, who made this known, said the forest has historical facts for tourism and will attract scholars within and outside the country.

Buratai, disclosed this at the opening of a seminar on regimentation and combating security challenges associated with forests and protected areas in Nigeria.

He said: “I have directed that the Sambisa Forest should be turned into an Ecosystem Resort Centre where war relics of the past few years in the North East will be maintained as historical sites for tourism that will attract scholars and tourists as well as a revenue- generating venture for the country.”

Represented by the Chief of Policy and Plans, Major General Ali Nani, the COAS also directed that mini-zoos and parks be established in all army barracks across the country.

The army chief who described the seminar which had as theme “Enhancing Synergy between the Nigerian Army and National Park Service: National Security in Perspective,” as timely, said it was coming at a time when the nation was poised more than ever before to attain a change for the future.

He also said that the time has come for the country to look into areas of economic diversity.

On the establishment of zoos and mini-parks in all army barracks across the country, Buratai, said: “As you all know the Army as part of its customs ethics and tradition adopts mascots as part of its regimentation. Mascots are objects, animals or persons that are chosen as a symbol of a regiment and are assumed to bring good luck. The word ‘Mascot’ originates from the French term ‘Mascotte’ which means lucky charm.

“The affinity between soldiers and animals are assumed to bring good luck. It is generally believed that the spirit lodged in the mascots propels a fighting force to victory.

“This belief creates high-level of morale and psychological spirit of courage in troops.

While lamenting the high rate of  illegal poaching of animals in the forests and parks across the country, Buratai, said the situation had resulted in criminals and terrorists dominating the forests which are now a threat to national security.”

In his address on the occasion, the Chief of Standards and Evaluation (CASE), Major General Adekunle Shodunke, said the seminar was not just aimed at reflecting on current realities as they concern the ongoing counter- insurgency operations across the country, but to also tackle the various security challenges bedeviling the country.
Top Stories

Inside Azare, The Bauchi Town Of Mysterious Deaths
Recent Stories