The ex-governor is standing trial alongside Nasko, a former Commissioner of Environment, on eight counts bordering on criminal conspiracy and money laundering. 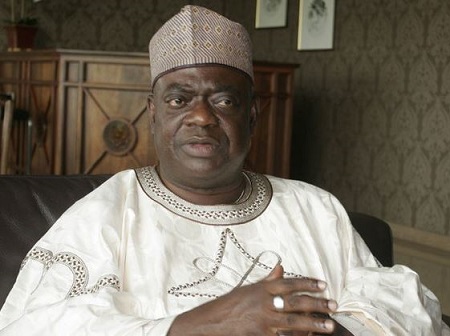 Babaginda Aliyu
A Federal High Court sitting in Minna, on Thursday, issued a bench warrant against a former governor of Niger State, Babaginda Aliyu, for failing to appear before it.

The presiding judge, Justice Aminu Aliyu, also issued a warrant against the Peoples Democratic Party governorship candidate in the last general elections in the state, Umaru Nasko, for failure to respect hearing notices served on him.

The former governor is standing trial alongside Nasko, a former Commissioner of Environment, on eight counts bordering on criminal conspiracy and money laundering.

The offences are contrary to Section 18(a) of the Money Laundering Act, 2011 as amended and punishable under Section 15(3) of the same Act.

The two are accused of laundering ecological funds of over N1.940bn released by the Federal Government to the state in 2014.

However, Justice Bappa revoked the bail and ordered them to appear before him, which they have failed to do.

However, the counsel for the ex-governor, Ayodele Oladeji sent a letter requesting for an adjournment of the case.

The court fixed Monday for the re-arraignment of both Aliyu and Nasko.
Top Stories