Why I Featured Bobrisky In My Romantic Movie - Director, Writer


Kensteve Anuka, was accused of promoting homosexuality; which has been described as alien to the Nigerian culture. 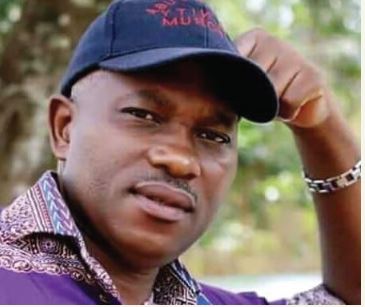 Kensteve Anuka
Cross-dresser, Idris Okuneye, popularly known as Bobrisky, was recently featured in a movie in which he acted like a lady. This movie stirred a lot of controversy to the extent that it was reported that the movie might be banned by the Nigerian Film and Video Censors Board.
In the same vein, the director of the movie, Kensteve Anuka, was accused of promoting homosexuality; which has been described as alien to the Nigerian culture.
However, in an interview with Saturday Beats, Anuka, who is the writer and director of the movie, noted that the movie was never meant to promote homosexuality. According to him, the movie hasn’t been banned but a panel has been set up to investigate its content.
“There was no ban; a panel was set up to investigate if the movie promoted some things that were against our culture. If it is found to be true, then the movie would be banned. There is no outright ban of the movie. It is not good to judge a book by its cover, they need to watch the movie and see the message in the movie. If they have an issue with the lead character in the movie, then I wouldn’t know. As a professional filmmaker, I try to cast people who fit into my script perfectly. Film is make-believe; it’s about trying to convince people.
“The movie is about a young man whose father is a core traditionalist. The young man left to study in the western world as a normal man, leaving his family members and fiancée behind. The father was to be given a traditional title, and part of the requirement of the title was to present his son who should take after him.
“He had performed other rites and the last step was for the son to come back. He believed his son was still the way he was when he left for overseas, so he was acquiring properties for him. The father was even in line to become a king. He was very proud of his son and expecting him to come back bigger than he left, only for the supposed son to return as a woman. He was shocked. They (his siblings and fiancée) were all surprised. The character begged his family to accept him the way he is, but his family members insisted that they wouldn’t do that because it was against their culture. It was a battle in the movie.
“The bottom line was that they tried everything to make him behave like a man again, traditionally. That is what the storyline is about. At the end of the movie, the character said he was only playing a game to test the love of his fiancée to see if she would still accept him. At the end of the day, he decided to put away everything that made him look like a woman to be with his fiancée. The movie didn’t try to promote homosexuality,” he said. 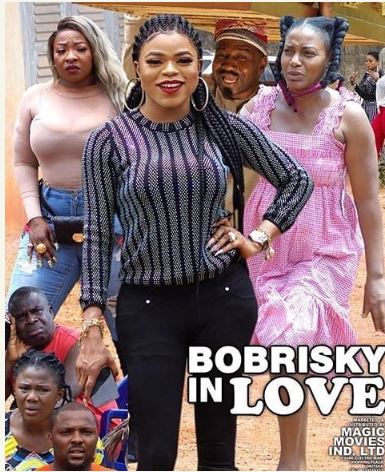 The director further stressed the reason why he chose to feature Bobrisky in his movie, adding that he was only trying to get the best act for the role and he had no intentions of promoting him.
“I chose to cast Bobrisky for that role because he already had the features we needed to interpret the role well. When you make a film and it looks fake; people won’t find it interesting. As a filmmaker, we use every tool we have to tell a story. We don’t discriminate, everyone has their personal life. We are law-abiding citizens; the movie was already on YouTube and had many views. When we saw that a panel had already been set up, we pulled it down pending the outcome of the investigation. We are responsible filmmakers.
“I don’t make my judgments on what people say. I did it because I wanted to make a film and pass a message. There is the business angle to every profession. For every movie, there is the business side. Before we cast for every movie we are doing, we try to estimate the commercial value of the talent. If we didn’t do that, we would be kicked out of business. We made the film and chose the perfect person for the role. The movie has to be seen to the end to see that we are not trying to promote him,” he added.
Anuka also talked about some of the challenges he had faced in his career as a director, noting that “every trade has its ups and downs”.
“For me, I have experienced both the good and the bad. I have been successful in the way I tell my African stories. Different things inspire the content of my movies. Development in the society also inspires me; sometimes inspiration comes to me in the bus,” he said.
Top Stories