The 21-year-old scored against the Gunners in the second leg of their Europa League quarter-final meeting last season. 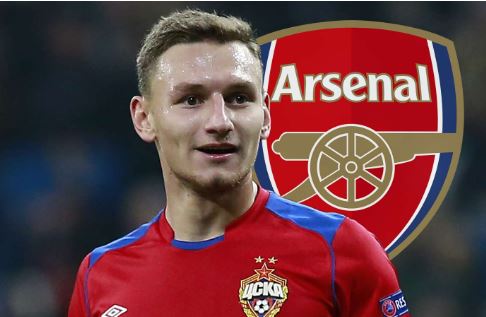 Fedor Chalov
Arsenal are among a host of clubs interested in the signature of Russian wonderkid Fedor Chalov, according to Sky Sports.
The 21-year-old scored against the Gunners in the second leg of their Europa League quarter-final meeting last season, and scored in the 3-0 win over Real Madrid this campaign.
Monaco and Sevilla are some of the other parties considering a move for the young striker, who has three years left on his current contract and has netted 17 times in all competitions this term.
Alvaro Morata is desperate for Atletico Madrid to sign him permanently so he doesn't have to return to Stamford Bridge, Goal understands.
The 26-year-old signed for the Blues from Real Madrid in 2017 but struggled to make an impact in the Premier League, scoring 16 goals over one-and-a-half seasons before departing on loan to Atleti in January 2019.
His temporary employers have the option to make his deal permanent, something the striker hopes his six La Liga goals from 15 appearances convinces them to do.
Samuel Umtiti will shun any interest shown in him this summer, claims Marca, with the defender determined to remain at Barcelona.
The World Cup winner has been linked with Manchester United, among others, but the France international is happy at Camp Nou.
Paris Saint-Germain are reportedly preparing to try and sign Manchester United star David De Gea, according to ESPN.
The goalkeeper has just a year left on his contract and no agreement on a new deal is in sight at Old Trafford, leading to growing fears that he could finally be prised away.
And with veteran stopper Gianluigi Buffon confirming his departure, the Ligue 1 giants are hoping to take the opportunity to upgrade between the sticks by tempting the Spaniard with a lucrative wage packet and Champions League football.
Top Stories