While narrating her experience with a lesbian, the actress added that she would not change her 'daring' style of dressing because of any man. 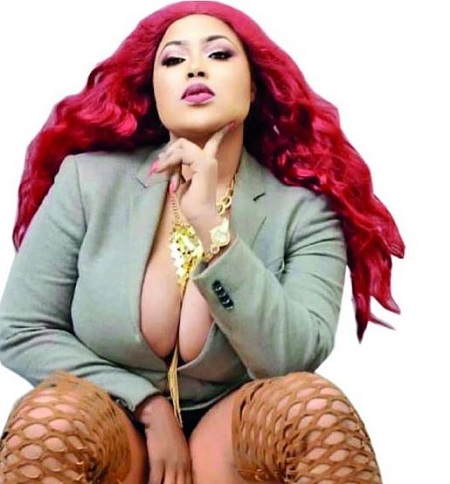 Ella Mensah
Ghanaian actress, Ella Mensah, was shocked when a lesbian proposed to her at a mall because she had acted as a homosexual in a movie. Recalling the incident in a chat with Sunday Scoop, Mensah said, “The craziest experience I’ve had with a fan was when a lesbian approached me in a mall in Lagos and said she wanted to marry me. Because I acted as a lesbian in a particular movie, she assumed I was one in real life. I had to explain to her that I am straight.”

Mensah, who stated that she could get married to a man who is 70 years old and above, noted that she didn’t see anything awkward about young actress, Regina Daniels’ marriage to Delta State-born billionaire, Ned Nwoko. She said, “Personally, I don’t see anything wrong with that. Marriage has nothing to do with age.  It is love and money that matter. We all know love alone is not enough in any relationship. Love doesn’t pay bills. It won’t get you a business or put food on your table either. Love is not enough; so, she did the right thing.”

The actress added that she would not change her ‘daring’ style of dressing because of any man. “Firstly, there is nothing wrong with the way I dress. Secondly, marriage, to me, is not a union where one has to change who one is to fit in. Whoever I end up marrying will like me for who I am, period! I am a good dresser. Posting sexy pictures on Instagram is just a way of admiring myself. I don’t have a perfect body; so, I just admire the one I have,” she stated.

Speaking on her business experience, Mensah said, “Before acting, I was a businesswoman. I’ve always been doing business – buying and selling anything I could lay my hands on. Running my business, Hair by Ella Mensah, is not new to me. The only difference is that, since I’m in school now, it has become a bit stressful but I have people helping out. It’s been great. At the moment, I’m in school in New York. It’s not an acting school, but for now, I will keep it private. When I’m done, I will announce it.”
Top Stories