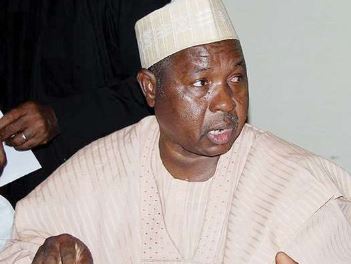 Governor Aminu Masari
The Peoples Democratic Party (PDP) in Katsina State has revealed plans to drag Governor Aminu Masari of the All Progressives Congress (APC) to court over his educational qualification.
Legal counsel to the PDP, Goddy Uche, SAN, said Governor Masari had no requisite educational qualification to contest the last governorship election.
Uche spoke in a chat with journalists in Katsina yesterday.
According to him, the governor’s full name of Aminu Bello Masari did not appear in all the certificates submitted to the Independent National Electoral Commission (INEC). Uche said the certificates only bear “Aminu Bello”.
The PDP counsel, also said the certificates were also faulted for having different dates, adding that some of them have no reference or identification details.
“The governor said he completed his primary school on its certificate in 1951. But his father, however, said his son was born in 1950.
“There is no basis for the governor to even remain there, the certificate from England has no logo and a higher diploma, you can’t do that without diploma. These are clear before the court,” he said.
Top Stories