The governor had won several court cases filed by a faction of the APC led by one Ishola Balogun-Fulani, an ally of the former Senate President Bukola Saraki. 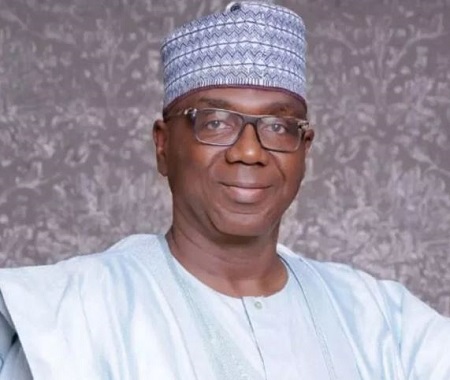 The court dismissed the case after the claimant insisted he was withdrawing the case.

Justice Adenike Akinpelu struck out the case after Adekunle Oluwafemi Abraham, a member of the PDP who had filed the case, told the court he had indeed presented a notice of withdrawal of the matter.

Justice Akinpelu said the withdrawal meant that the efforts of one Olusola Olaseinde who wanted to join the suit were inconsequential since the original case has been withdrawn.

AbdulRazaq had repeatedly said the case was politically motivated and meant to stop him from contesting the March 9 governorship poll, adding that the claimant was acting out a script from his political adversary.

The governor had won several court cases filed by a faction of the All Progressives Congress (APC) led by one Ishola Balogun-Fulani, an ally of the former Senate President Bukola Saraki.

Balogun-Fulani had filed a suit challenging the candidature of AbdulRazaq. But the Appeal Court and the Supreme Court dismissed the case, affirming that the Governor was rightly nominated by the APC National Working Committee led by Comrade Adams Oshiomhole.

Following the dismissal of Balogun-Fulani’d case, a member of the Saraki-led PDP, filed a case alleging that AbdulRazaq did not have the requisite qualifications to run for the office of Governor.

It was gathered that the People’s Democratic Party (PDP) stalwart hurriedly withdrew the case after information emerged that the WAEC has since forwarded a confirmation to the court that the governor possesses genuine certificate from the West African regional examination body headquartered in Accra, Ghana.
Top Stories