2023 Presidency: Buhari Will Never Give Tinubu What He Wants - Ayo Adebanjo


Adebanjo while reacting to the visit of Tinubu and some Yoruba leaders to President Buhari on Tuesday described them as impostors. 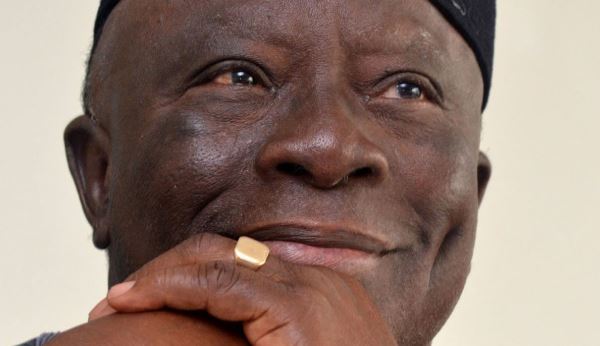 Chief Ayo Adebanjo
Chief Ayo Adebanjo, elder statesman and Afenifere chieftain, on Wednesday said Asiwaju Bola Tinubu and some Yoruba leaders are only deceiving President Muhammadu Buhari that they are in support of his government with the hope that the presidency will support the zoning of the 2023 presidential ticket to the South-West.
Speaking with Daily Independent, Adebanjo while reacting to the visit of Tinubu and some Yoruba leaders to President Buhari on Tuesday described them as impostors who embarked on the visit for their selfish interests and not because of the welfare of the Yoruba nation.
According to him, instead of Tinubu and his associates to talk to the president on the issue of insecurity in the region, especially the invasion of farmlands by Fulani herdsmen, they only went there to discuss the issue of true federalism which the ruling All Progressives Congress (APC) has not shown any commitment to since coming to power in 2015.
“How many times will we continue to tell you these people are not Afenifere? They are just fake. Nigerians know who the true Afenifere is. They are just leaders of APC in South-West. When last did they come out as Afenifere except when they want to go and deceive Buhari? They never said anything about killings by Fulani herdsmen, instead they are talking about true federalism.
“Is Buhari sincere about restructuring? Is that not the basis on which Tinubu was elected as governor? They are just deceiving themselves. I don’t want to waste my time on them again because they are just jokers. You don’t have to lay claim to Afenifere. Nigerians know the real Afenifere.
“They were with us before they chickened out. Now that you have left, why are you still laying claim to that name? A cause we have been fighting before, you abandoned it because you want to be president. They are fighting the cause of the Yoruba for their own interest. It is clear that they don’t have the interest of the Yoruba at heart”.
Adebanjo who said Tinubu and his colleagues are just deceiving President Buhari in order to get what they want in 2023 also said President Buhari is also playing along with them having realised that they are not sincere in their dealing with him.
He said Buhari will never give Tinubu and his friends what they wanted, which is the presidency in 2023.
“They only go to Buhari whenever they want to deceive him. They have been deceiving Buhari and Buhari too is also deceiving them. What he wanted from Buhari, Buhari won’t give him. Buhari too is deceiving them because he knows they are fake.
“Their visit is an attempt to persuade Buhari that they are for him so that he can give them the slot for presidency in 2023. But Buhari is not going to give them. He only needs them for support during elections.
“Tinubu knows that. They have used him before. Didn’t they use him before the election in 2015 only to abandon him later? It was when the 2019 election was approaching that they remembered him again”, he said.
Top Stories