Aubameyang has been linked with a shock move from Arsenal to United in the past few days. 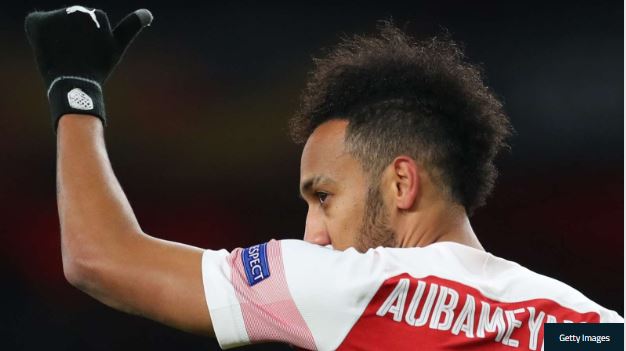 Pierre-Emerick Aubameyang
Arsenal striker, Pierre-Emerick Aubameyang has said ‘said yes’ to Manchester United, according to Tuttosports.
Aubameyang has been linked with a shock move from Arsenal to United in the past few days.
Reports had emerged from Italy and England that United identified Aubameyang as a perfect replacement for Romelu Lukaku should the Belgian leave this summer.
Inter Milan and Juventus have keen interest in Lukaku, and, according to the newspaper, Aubameyang has ‘said yes’ to the idea of replacing the former Everton man at United.
Aubameyang won the Premier League golden boot last season with 22 goals.
But at 30 years old, the Gabonese international would go against manager Ole Gunnar Solskjaer’s transfer policy of signing young players with plenty of potential.
Arsenal would also want to recoup the £54m they paid for him 18 months ago.
Top Stories