AFCON 2019: Super Eagles Striker Speaks On Rohr Not Playing Him


The 20-year-old striker described his call-up as a reward for all his hard work, despite a rough season with German club. 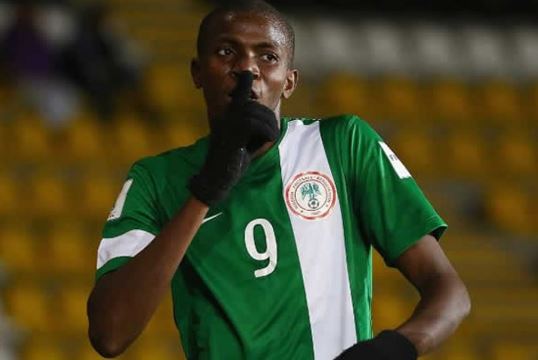 Victor Osimhen
Victor Osimhen has insisted he is ready to wait for his time to make his Africa Cup of Nations debut for Nigeria.
The 20-year-old striker described his call-up as a reward for all his hard work, despite a “rough season” with German club, Wolfsburg and the criticism he faced.
"It’s one of the proudest moments of my life, not just for me but my family and my loved ones.
“To make the Afcon final squad means hard work is paying off. I had a rough season with Wolfsburg and people wrote me off.
“Well, the criticism made me got me where I am today and I’m grateful to God,” Osimhen told Goal.
He added: “It will be a bitter-sweet feeling for me if I ever get a chance to play, but my ambition is to win the Africa Cup of Nations title with this team.
“I hope to take my chances when I’m called upon to represent the badge and I’ll give my all. Anyway, I’m not in haste.
“Playing in Afcon will mean a lot to my profile and my family. I’m really looking forward to it.
“We have a lot of talented players in this team. All I do is go into the pitch to do my thing and learn one or two things from the senior players which is also very important.”
Osimhen is likely to get his chance to play, in the Super Eagles final Group B match against Madagascar, with coach Gernot Rohr set to ring the changes with his side already qualified for the Round of 16.
Top Stories