COZA: God Will Give My Husband Grace To Know What To Do - Pastor Omodele Fatoyinbo Speaks


Pastor Biodun Fatoyinbo has said God will give her husband the grace to know what to do next following the r*pe allegation against him. 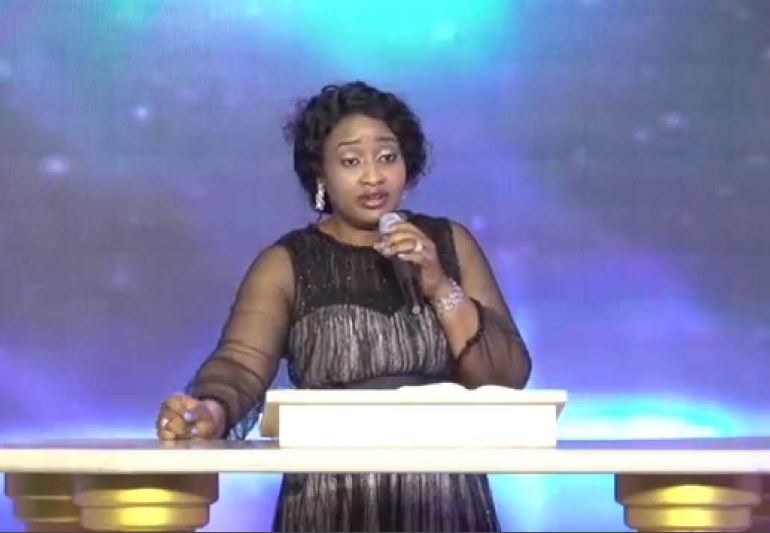 Pastor Omodele Fatoyinbo
According to The Nation, Pastor Omodele Fatoyinbo, wife of the Senior Pastor of the Commonwealth of Zion Assembly (COZA), Pastor Abiodun Fatoyinbo on Monday said God will give her husband the grace to know what to do.
She spoke at the commencement of the yearly special programme of the church tagged Seven Days of Glory.
Mrs. Fatoyinbo said this while delivery her sermon at the church auditorium in Guzape, Abuja as the lead pastor following the stepping aside of her husband over a rape accusation.
She said: “God will make us rich. His right hand sustains my destiny. God has made Modele and Biodun rich. He looks down to make you rich. I am telling someone today that God is going to enlarge you. You will enjoy grace, you will experience an expanded grace. Decree over someone tonight that in your house receive expansion.
“The work of my hand is expanding no matter the situation, from ocean to ocean. The grace to complete your assignment, the grace to know what to do, God will give our senior pastor.”
Despite protests that greeted the rape allegation against founder of the church, Biodun Fatoyinbo, hundreds of church members were present to grace the annual programme, which was low-key.
The atmosphere was calm unlike Sunday when protesters almost disrupted the service with various inscriptions.
The special programme COZA7DG usually attract several international pastors.
This year’s edition was meant to host Pastor John Hannah, Pastor Korede Komaiya and Prophet Gideon Danso before the rape accusation.
None of them attended due to the development.
Fatoyinbo stepped down on Monday morning following the outcries over the accusation.
The embattled pastor was not present at the Monday’s service.
Top Stories