The directive of the Senate followed a motion sponsored by Senator Ibrahim Yahaya Oloriegbe (Kwara Central) and seven others. 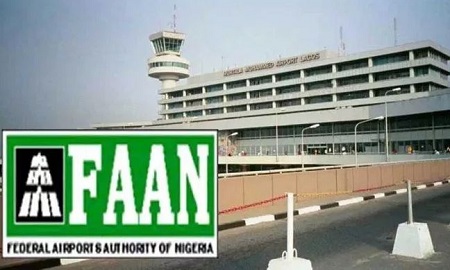 FAAN
Following the arrests of Nigerians abroad over illicit drugs, especially the recent arrest by Saudi Arabia authority, the upper chamber of the National Assembly yesterday emphasised the need to strengthen security at airports in the country.

To this end, the Senate mandated the Federal Airport Authority of Nigeria (FAAN) to ensure the installation and usage of effective Close Circuit Television (CCTV) and other security system in all the airports in the country for the purpose of monitoring the environments for the avoidance of planting illicit drugs and other illegal activities.

The Senate, which also mandated FAAN to acknowledge only accredited personnel on duty to be allowed in restricted areas of the airport, urged it and others agencies to hold all personnel on duty accountable, questioned, investigated and punished accordingly to serve as a deterrence, should there be a case of an arrest of any Nigerian citizen that pass through Nigerian airports on allegations of drug trafficking.

The directive of the Senate followed a motion titled “the need to strengthen security at the Nigerian Airports,” sponsored by Senator Ibrahim Yahaya Oloriegbe (Kwara Central) and seven others.

Leading debate on the motion, the lawmaker noted the arrest of two Nigerians who were in detention for almost two years over alleged drug trafficking on a frame-up initiated from the Mallam Aminu Kano International Airport.

He noted that there are several other incidents of arrests of innocent Nigerian citizens by the Saudi government and other countries on similar allegations of drugs trafficking.

The lawmaker expressed worry that “these innocent citizens are just victims of circumstances as many of these distasteful situations would have been curtailed but for security lapses at the Nigerian Airports infiltrated by drug syndicates with easy access to plant illicit drugs on innocent travellers or their belongings without their knowledge.”

Most of the senators, who contributed on the debate stressed the need for the security to be up and doing and also to sanction erring personnel on duty whenever crime is committed. They also pointed out the need for change of attitude of so called big men, who intimidated personnel on duty with their positions in government.
Top Stories