Keyamo Tells Atiku What To Expect From Supreme Court


Peoples Democratic Party, presidential candidate, Alhaji Atiku Abubakar has been intimated on what to expect from the supreme court. 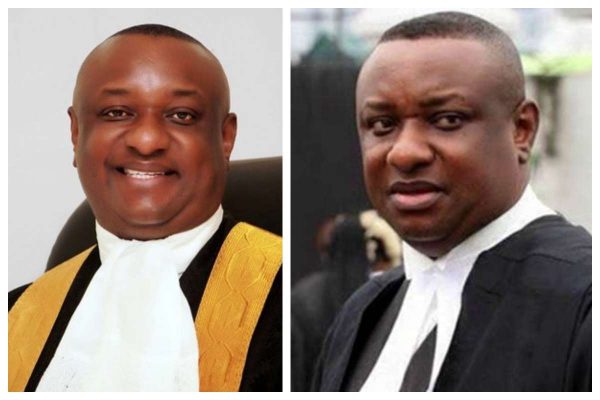 Festus Keyamo
Spokesperson of the President Muhammadu Buhari’s campaign organization and Senior Advocate of Nigeria, SAN, Festus Keyamo, has accused the presidential candidate of the Peoples Democratic Party, PDP, Alhaji Atiku Abubakar of attempting to blackmail the Supreme Court.
Keyamo told Atiku to always expect the Supreme Court to do justice even if heavens fall, while reminding him of the court judgement which nullified the All Progressives Congress, APC, elections in Zamfara.
This is sequel to Atiku’s reaction to the Supreme Court judgement on Osun State’ governorship election on Friday which was ruled in favour of the All Progressives Congress (APC), where it declared its governorship candidate in Osun State, Gboyega Oyetola, winner of the election.
The Supreme Court on Friday dismissed the appeal of Senator Ademola Adeleke of the PDP, challenging the declaration of Oyetola as the winner of the Osun State governorship election.
AtikuI in his reaction, had said, “I urge the nation’s judiciary to take a pulse of the nation and reflect it. In their hands, God has placed a great responsibility. The duty to ensure that justice is done, irrespective of the pressure to do otherwise, by the powers that be.”
Keyamo, in a direct reply to Atiku’s tweet, said, “Your Exellency, with great respect, this comment is beneath you.