Why I Can't Date Boys Who Use Condoms To Prevent Pregnancy - Actress, Adekemi Taofeek Speaks


Nigerian actress, Adekemi Taofeek has explained that she cannot date boys who use condoms to prevent pregnancy. 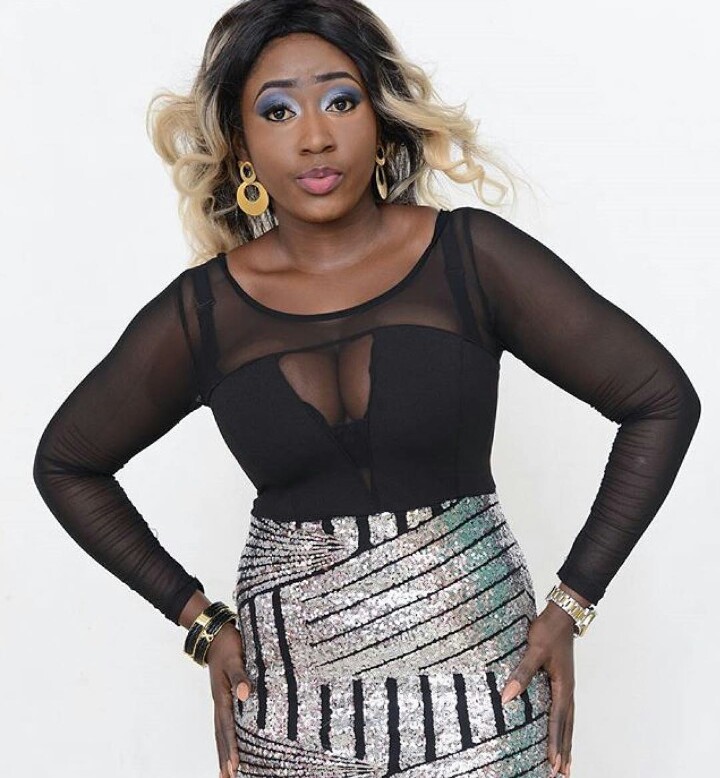 Background
I grew up in Lagos. My childhood was fantastic because I grew up with both parents. My mother, father and siblings made my childhood interesting and fun.
Education
I studied Business Administration at the Lagos State University, Lagos State.
Acting
I really never had any interest in acting because I am a very shy person. However, I usually attended auditions back then with my friends just for fun because after my secondary school education, I was at home for some time waiting for admission into the university. In 2006, I registered with the Actors Guild of Nigeria, and started going for auditions, and I was eventually picked. There was a particular movie where they were looking for someone that looked like Ini Edo to play a certain part. So, I got there and decided to try my luck. One of the production managers asked if I was an actress, and I said “no”. He asked me to show him what I could do and that was how I picked up the script. The movies that brought me to the limelight were Bloody Tussle and Fatal Success. I think they are still on YouTube. Those were the first English movies that I acted in. However, the first time I was on set, it wasn’t easy because I was working with big stars; so, I had to pick my lines carefully. I just had to be mindful of everything coming out of me. It wasn’t funny, trust me. I have also produced some movies.
Parental support
My mother has been supportive but my dad never loved acting. Years back, I was supposed to study Creative/Theatre Arts at the University of Lagos, but my dad refused. He said all I would be doing was dancing and that students usually went there to waste the school fees paid by their parents. However, my mum was supportive and she helped me at times when I had to go for rehearsals or auditions.
Nollywood
The industry is really growing compared to when I started. I have spent about 11 years in the industry and I can boldly say that there is a huge improvement in the industry. Now, we are more exposed and widely read. Also, we all are putting many things into the industry because we want the best for it. Back then, when I was still acting in English-speaking movies and I was practically a nobody, I usually got paid anytime I was on location. The English-speaking movie sector is well organised but I don’t know if they are still that way. But in the Yoruba movie sector, you have to learn under a boss. I won’t say I prefer the English-speaking movies to Yoruba ones, but in terms of money, English is far better.
Boss
When one is acting in the Yoruba sector, one would need to have a boss. However, there are plenty people who don’t have bosses but I don’t know how they survive in the industry because I have a boss. I don’t know if they pay directors to cast them. Meanwhile, the phenomenon of having a boss is everywhere, even in the English-speaking movie sector. In some cases, you even find people paying directors for roles. It is seen as normal because you either pay for roles or you produce your own movies. Also, most people coming into the industry now produce their own movies; so they don’t need any boss.
Complexion
I think some actresses believe that fair people are more camera-friendly. I am a dark girl; so, it takes good lighting to bring out my colour. If the lighting is not good, I will probably not look nice. So, producers tend to call you for jobs if you are fair-skinned because you are easily noticed.
Body
Body enhancement is a big no and I do not subscribe to it. I feel that if I need a good shape, I should be able to work towards it. I could go to the gym or go on a strict diet.
Awards
I have received about four or five awards.
Men
I don’t do boys but I do men because a boy is someone that cannot take responsibilities. A man is someone who can handle anything that comes out of the relationship. For instance, I can’t date a boy who I would have to use a condom with to prevent me from getting pregnant because he is not ready for a baby yet. But a man is up to the task and if I tell him I am pregnant, he would start making plans to marry me.
Aspirations
I want to be great.
Spirituality
I am very close to God because He is the only person I can always talk to.
Romance
I am a very romantic person but I won’t buttress that.
Fashion
I love to dress simply and classy.
***
Source: Sunday Punch
Top Stories