Lawmaker Takes Up Music As Alternative Means Of Survival


As an alternative means of survival, a Ghanaian lawmaker has taken to music business. 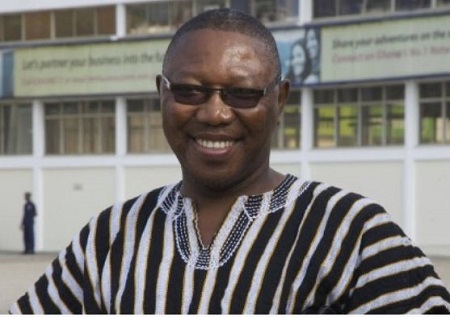 Apaak, who represents, Builsa South in the Upper East Region on the ticket of the National Democratic Congress said this on a radio show, reports Ghana Web.

According to him, the economic situation in Ghana was harsh and has motivated him to venture into the business of music.

He said he believed that music would enable him to make money to survive the harsh economic condition which he said was caused by the alleged economic mismanagement of the New Patriotic Party government.

“I will soon come out with a single. You have to look for alternative means of surviving. It is about survival so you have to do everything possible to survive as long as it is lawful and legal”, he told Kwame Nkrumah Tikesie on Okay FM.

According to Wikipedia, Apaak is a deputy ranking member on the Ghanaian Parliament’s Education Committee. He also serves on the Public Accounts Committee of the legislative chamber.
Top Stories