I Prefer To Be A Senator Than To Be Buhari's Minister - Ex-Gov. Ajimobi


Ex-Oyo State Governor, Abiola Ajimobi has made it clear that he prefers to be a senator than be Buhari's minister. 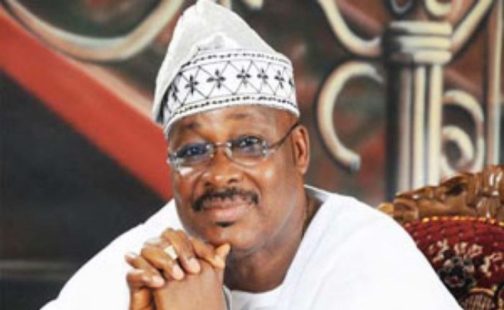 Senator Abiola Ajimobi
The immediate past governor of Oyo State, Abiola Ajimobi has said he prefers going to the Senate than becoming a minister in President Muhammadu Buhari’s expected cabinet.
Ajimobi in an interview with newsmen in Ibadan on Thursday, explained that the ministerial appointment should go to younger members of the party in Oyo State since he is not the only APC member in the state.
According to him, retrieving his mandate in the last senatorial election in court is more important to him than pursuing a ministerial appointment.
Ajimobi, however, noted that President Buhari has not offered him any ministerial appointment, stressing that it was the reason he was committed to the petition his party filed against Senator Kola Balogun at the tribunal.
Ajimobi said: “I am in court for my senatorial election. I only expressed my preference that I am in court because I prefer the Senate.
“How can I be pursuing the Senate and ministerial appointment at the same time? I prefer the Senate.
“I hold President Muhammadu Buhari in high esteem. I will actually prefer a younger person to be considered for the ministerial slot since I am pursuing my senatorial ambition.”
It would be recalled that Balogun who contested on the platform of People’s Democratic Party (PDP), was declared the winner of the Oyo South Senatorial District election by the Independent National Electoral Commission (INEC).
-NAN
Top Stories

Nigerian Man Looking For A Companion For His Beautiful Mom, See If You Qualify (Photos)
Recent Stories

Buhari Opens Up On Why He Decided To Suspend EFCC Acting Chairman, Ibrahim Magu