Horror! 2 Dead In Ibadan As Quarry Site Caves In


A quarry site located in Ibadan has caved in, causing the death of about two persons in the area. 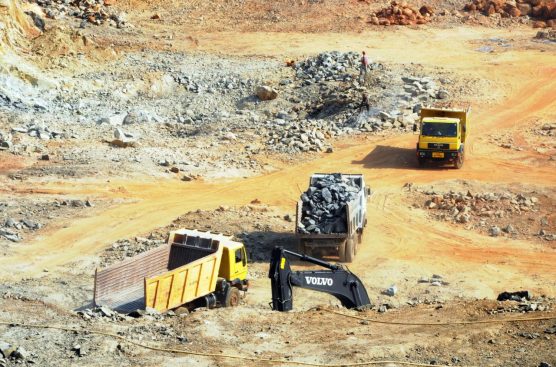 It has been reported that no fewer than two people have been confirmed dead after a quarry site located at Camp in Gbopa area of Ologuneru in Ido Local Government area of Oyo caved in on Monday.

Daily Post reports that the incident, which occurred Monday afternoon at Carpenter Bus stop, Ologuneru, attracted scores of sympathisers who thronged the scene.

It was gathered that the two people who lost their lives and others who sustained injuries with varying degrees were working on the quarry site when the incident occurred.

According to sources, some of the injured people were immediately rushed to the University College Hospital (UCH), Ibadan, in an ambulance belonging to the Federal Road Safety Corps (FRSC).

It was gathered that the site which had become a beehive of activities for local miners and some traders was thrown into mourning when the alarm of the incident went round.

Three men, according to another eye witness, were at the site packing sand into a truck when the heap of sand which is about two-storey building high, suddenly caved in and covered the three men below.

He said aside FRSC, officials of the Nigerian Police and National Emergency Management Agency also stormed the area for possible rescue operation.

He said, “Three men were covered by the heap of sand. Three of them were loading that truck with sand when the sand collapsed on them and the truck.

“One of them was immediately rescued with bruises on his head. He was taken to the hospital. But, the remaining two were covered completely and there were no equipment to pack the sand.

“We had to use their shovels before they brought that loader. By the time help came, one man was completely dead while the other one was still breathing. He died thereafter.

“They have been warned to stay away from this place. It is a dangerous venture for someone to stay under this heap. Their names are Wale and Yemi. That Adeyemi just left this place now. He wanted to borrow our digger but we were using it and he then joined them where they were loading”.

The source informed that a distress call was made to the state headquarters of the corps, where a rescue team was dispatched to the scene.

He added that on getting there, the team discovered that the incident was not accident related but a mining site caved in around Ologunerun area in Ibadan.

Chukwurah in a telephone conversation with DAILY POST said, “We received a distress call that there was a problem. Our team went there but, we were able to rescue two people. The other two people lost their lives.

“Our officials were alerted by the residents of the area around 3pm that a quarry had caved-in and two people lost their lives.

“We evacuated their corpses to a mortuary while the third person who sustained injury was taken to the hospital.’
Top Stories